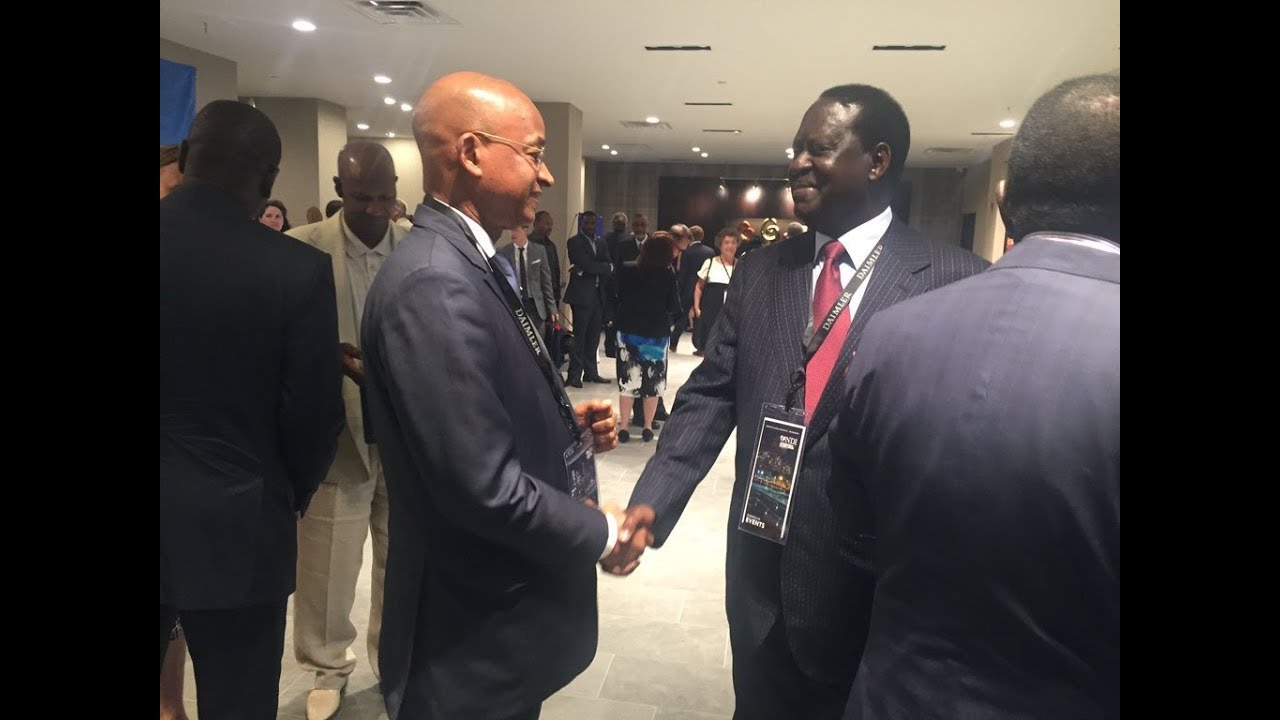 “Everything you are seeing is deliberately thought through and is supposed to achieve specific expectations. We have constituted a special team that has been tasked with strategy, research and communication,” said Dr Khalwale.

He went on: “We are walking a very thin line, we cannot afford to operate outside the Constitution. That is why our research team is constantly comparing strategies with the team for it to live within the law.”

In Washington, the former prime minister met, among others, Yamamoto Donald, the assistant secretary of State for African Affairs in the US administration, Michael Phelan, director of the Senate Foreign Relations Committee, and Greg Simpkins, director of the House of Representatives sub-committee on Africa.

He also met Senator Christopher Coons, one of the most influential voices in the Senate on Africa, and who chairs the House Foreign Relations sub-committee on African Affairs.

In the meetings, Mr Odinga explained Nasa’s resistance plan, and pushed for support for reforms. “It was a pleasure to meet a delegation from the International Republican Institute (IRI) led by President Daniel Twining. Also present was Delaware Senator Chris Coons,” Mr Odinga was quoted as saying.

“We held a very candid and productive discussion that centred on Kenya’s political situation with particular emphasis on threats to democracy, constitutionalism and rule of law.

The role credible elections play towards the stability of any nation’s democracy was discussed at length,” he went on.

“Our coalition maintains that justice must be done for our people through conducting of free and fair elections as ordered by the Supreme Court.”

While his meeting with US government officials was limited, Mr Odinga’s socialisation with congressional committee members such as Mr Coons, who has a compelling grasp of Kenya’s political and social dynamics, will go a long way in presenting Nasa’s narrative to the circles of US Congress and government.

His direct criticism of Western diplomats was a big indictment. The United States and Britain  have historically played a significant role in advocating political pluralism and democratic principles.

Nasa principal Musalia Mudavadi on Saturday hinted at plans to seek a referendum to change the Constitution to ensure electoral justice. He said Nasa had resorted to invoking the people’s power as a means of pushing for reforms and justice.

Mr Mudavadi noted that one such way of invoking people’s power is through the opposition’s push for establishment of People’s Assemblies.

“We do not recognise the elections of August 8 and October 26. We want a new constitutional arrangement, electoral justice and respect for every vote cast,” said Mr Mudavadi while addressing a burial ceremony in Vihiga.