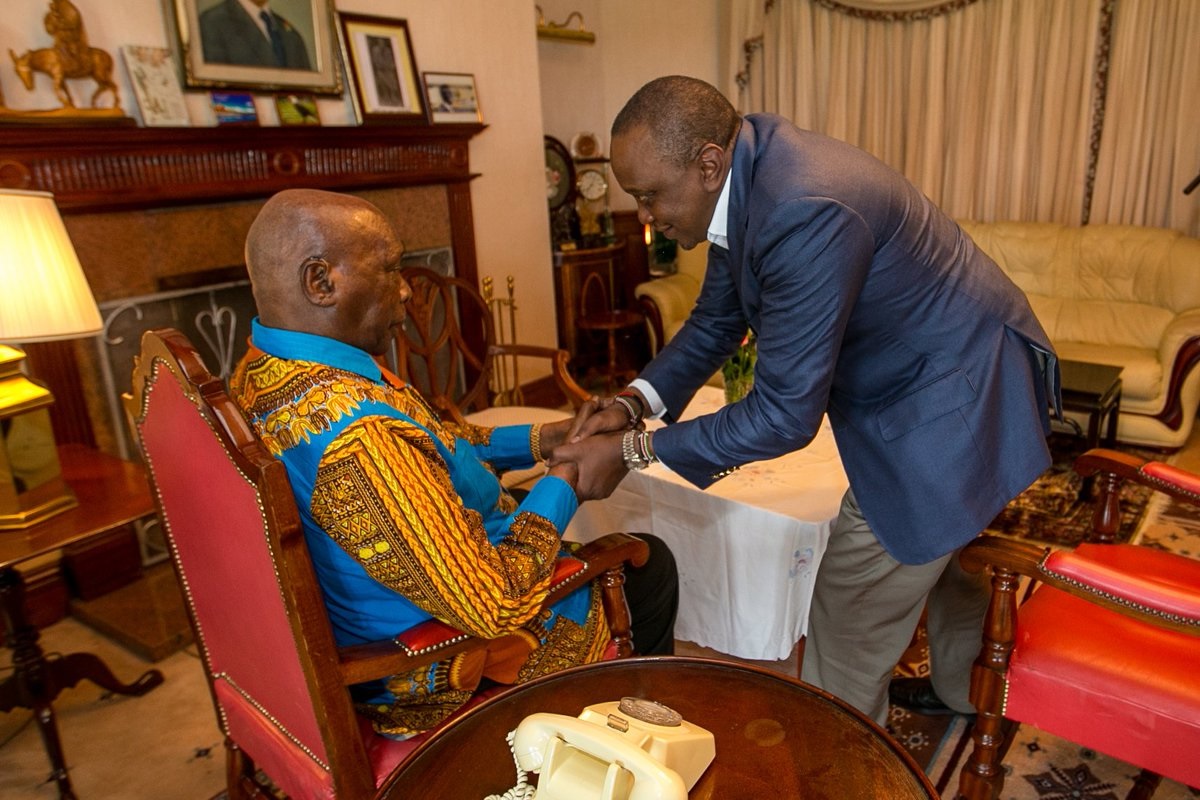 Uhuru’s visit came a few weeks after his mother Mama Ngina paid Mzee Moi a visit at his Kabarak home.

It was during that meeting that Kanu joined hands with Jubilee as they had done in 2013 to ensure Uhuru got enough support in the Rift Valley.

“We in Kanu decided to back President Uhuru because we want to give him a chance to build his legacy and positively change the lives of Kenyans. He means well; let us give him our votes,” said the Senator.

The Senator reaffirmed his support for the re-election of Uhuru in the repeat elections.

“Prior to the August 8 General Election, Kanu endorsed President Kenyatta but his victory was annulled by the Supreme Court. We are law abiding people thus we respected the court’s verdict and our resolve to back him in the repeat presidential poll is still solid,” stated the Kanu chairman.

Uhuru’s political journey has not been a walk in the park, he suffered a humiliating defeat in his first quest to be an MP in 1997 and was rejected and once more in his first bid at the presidency in 2002 he lost.

Moi had said in his remarks: “Nafurahi kijana sasa atakua na boma yake ndio ajue kumenyana na wanaume wengine (I am happy the young man now has his own homestead and will learn to fight it out there with other men).”