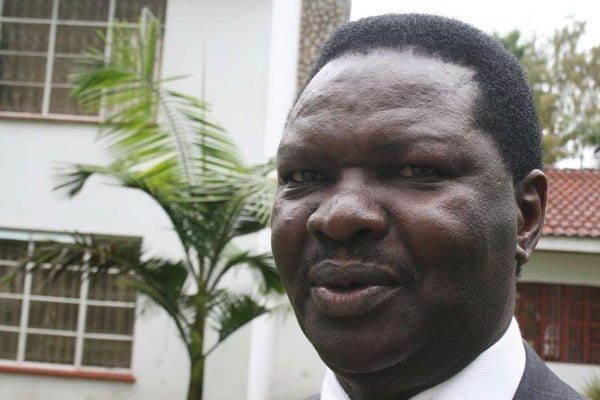 Mr Nyenze died on Wednesday at The Nairobi Hospital, according to Kitui Senator Enoch Wambua.

Mr Wambua, a brother-in-law of Mr Nyenze, said the MP died of pneumonia at 7.50am.

Mr Nyenze, he said, had been battling cancer of the colon for the last 10 years and developed pneumonia during the campaign period.

Huduma Namba compulsory: You will need Huduma card for all…

Mr Wambua said he last spoke with Mr Nyenze at the hospital on Tuesday evening and told him to be strong.

Mr Nyenze’s family said the body had been moved to Lee Funeral Home in Nairobi, where a host of leaders visited them.

On August 31, Mr Nyenze carried an oxygen tank into the National Assembly for his swearing-in.

He arrived at about 10am, with the tank strapped on the body and the tubes snaking up his back.

He looked frail and was limping but put on a brave face and greeted the battery of journalists at the entrance.

He said: “How are you are friends…mimi pia nimefika (I’ve also made it) for the swearing-in.”

He hugged and cheerfully greeted his colleagues inside and took the oath.

Born on June 2, 1957 at Kabati in Kitui County, Mr Nyenze was a close ally of Wiper party leader Kalonzo Musyoka.

However, he touched off a political firestorm in Ukambani when he and former Kitui Senator David Musila endorsed the re-election of President Uhuru Kenyatta.

Mr Nyenze is survived by his wife Edith, with whom they have a son and two daughters.

Edith eulogised her husband as a “man who was faithful to his family”.

She said he had travelled to many countries, including India and Dubai, for treatment of the cancer.

Despite the illness, she said, Mr Nyenze was talking up to Tuesday evening before he was overwhelmed.