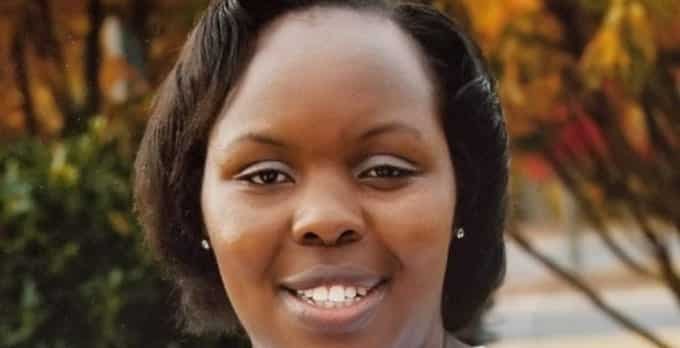 The Kenyan community in Atlanta is in utter shock after one of their own, Margaret Nganga, was found dead in her car a day after she left home for work. Ms Nganga’s body was discovered on Tuesday in the parking garage of Northside Hospital where she worked.

Police are investigating the circumstances that led to her death. According to her family,  she was in good health (as far as they could tell) and in high spirits on the day she passed away.

On Tuesday night, her husband, Daniel Kimani, wrote the following on his social media platforms: “Its with deep sorrow that I inform you of the regrettable passing on of my dear wife Margaret. I seek for your Prayers of provision and Comfort.”

He later confirmed to KSN that indeed Margaret’s body was found in her car a day after she left her home.

“She left for a meeting in the work place yesterday (Monday) morning but she didn’t even attend the meeting as she was found dead today (Tuesday) in the same spot where she had parked her car,” said Mr Kimani.

DIASPORA VALID DREAMS: Kenyans who made a difference 2018

Police investigate death of Kenyan Nurse found dead in her…

Many who knew her took to social media to express shock and disbelief.

Snn Ngash wrote: “With the death of your loving wife the days ahead may seem bleak and dark and my prayer is that God will shine His light and guide you through each and every one of them. Please accept my sincere condolences.”

James Kanya wrote: “My heart goes out to you and your dear family. May God give us comfort and Peace as we deal with this. Pole sana.”

Paul Mucheru Mugi wondered: “What could have happened? Soo sad to hear that. May The God of all comforts, comfort your entire family as you go through these hard times. My sincere condolences.”

Many of her friends told of how they spent the day together at the Kenyan American Community Church on Sunday where she was well and in “very high spirits.”

Margaret’s death comes at a time when the bodies of three other Kenyans (2 women and one man) lie at West Cobb Funeral home in Marietta, GA., after they passed away in a span of the last few weeks. Timothy Majanja, a homeless Kenyan who died at Grady Memorial Hospital, will be buried in Kakamega on Saturday. His body arrives in Nairobi on Thursday.

Margaret lived in Acworth, Georgia and leaves behind three children.