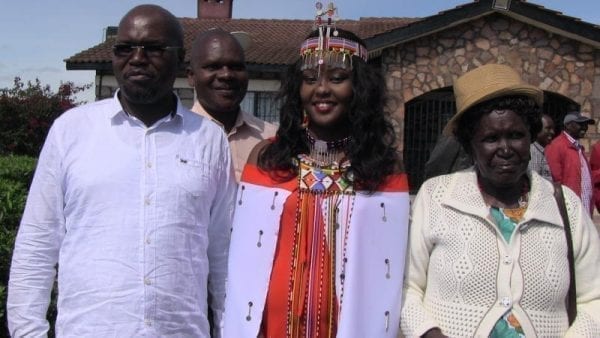 In Africa, a man is not man enough until he gets a wife and sires children.

And that is the reason why despite beating all political odds to clinch the Emurua Dikir parliamentary seat for the third term, Johanna Ngeno (44) has over the years been belittled for being a senior bachelor in Parliament.

And unlike the norm in Kalenjin igoitos, Ngeno’s entourage was welcomed to sizzling bull ribs, before the dowry negotiations commenced.

And it was a pleasant surprise for Ngeno’s team when the former Senator, disclosed that Maasai tradition doesn’t allow for a price to be placed on a lady in the “family way.”

He nonetheless declared that since the MP had not “passed through the front door” to meet the love of his life, the Maasai culture demands that he pays a Sahiwal cow as a fine.

“According to the Maasai tradition, we require a Sahiwal. As for dowry, we want the couple to go and establish their family first and prove they can keep their love alive. We can’t talk about dowry in five or ten years’ time,” said Ntutu.

Ngeno’s spokesman, the Energy CS said they were ready to abide by the cultural demand but urged the family to declare the dowry price.

“We wish to abide by all the cultural demands over dowry. We wish that the talks can be concluded today so that even if we agree that it can be paid in the future we can know what we have given out today and what we still owe the Ntutu family,” he said.

But the senator said their interest was not on material exchange for their daughter but everlasting love.

“We don’t want our beautiful, educated and young daughter to be engaged in casual love full of Public Display of Affection (PDA) but after a short while the marriage ends to the disappointment of respectable in-laws,” said Ntutu.

Ngeno’s team through an elder gave out an undisclosed ward of money and other gifts as token of appreciation to the Ntutu family. The Emurua-Dikir MP said he will wed the lawyer before the month ends.

Hillarious Video:Jakoyo Midiwo gets “born-again” but Ruto is yet to agree