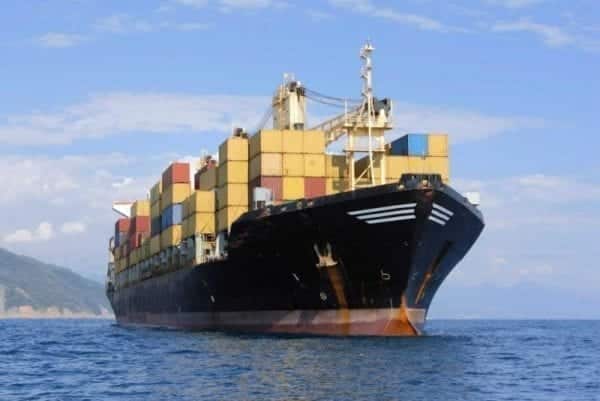 A Prada Milano handbag from China retails at Sh3,500 at House of Leather in Nairobi. Shiny patent leather shoes from India go for Sh8,500. At Sh1,500, Woods leather belts from India are going like hot-cake.

These are not just prices of shoes and handbags; they are also foregone wages to some disillusioned youths from a pastoralist community in Northern Kenya who, in the absence of gainful employment, have taken up arms.

In 2016, for example, while Kenya shipped out animal hides to China and India valued at Sh2 billion, it imported from the two Asian countries finished leather products, such as those being sold expensively at the House of Leather, at a cost of Sh3.1 billion.

This as Kenya also exported tanned leather and animal skins valued at Sh4.7 billion, compared to imports of leather products valued at more than Sh12 billion, including trunks and cases worth Sh8.8 billion from China.

The dubious case of Kenya exporting jobs even as a large fraction of its population remains jobless is not unique to leather industry, though it has been more emotive in the latter.

Kenyans Warned Against Fake Foreign Jobs in Thailand after…

Kenyan Graduates Locked Out of UK Jobs in Directive…

The country has spurned an opportunity to revamp its manufacturing industry through value-addition in some of its agricultural produce such as tea, coffee, fish or even tomatoes.

This situation has seen manufacturing sector stagnate at 10 per cent of gross domestic product (GDP) for more than a decade.

Besides animal skins and leather, Kenya also exports tea leaves, coffee beans and tropical fruits, which it then imports after factories in other foreign countries, using employees in those countries, have given them a new touch which they sell to Kenya at a premium price.

As the country’s middle class has grown and with it a taste for such fine things as coffee from Java, a tan suit from Sir Henry’s, fish fingers from one of the Five Star hotels, Kenya has aggressively raided its fast-depleting reserve of foreign currency to import what was basically supposed to have been made in Kenya.

While Kenya exported raw coffee worth Sh22 billion, it spent Sh392 million on some coffee products. Having increased by 256 per cent from Sh110 million in 2006, the value of imported finished coffee is certain to go up as coffee-drinking culture catches on.

“We do very little value-addition on tea and coffee,” says Dr Timothy Njagi, a research fellow from Tegemeo Institute, a public policy think-tank affiliated to Egerton University. Dr Njagi says that most of Kenyan tea is used for blending.

Also in 2016, Kenya exported fish and fish preparation worth Sh1.9 billion, only for it to import processed fish worth Sh1.5 billion from China, Thailand and UAE; Sh373 million of fish liver oils from the United Kingdom; Sh363 million worth of fish fillets from Tanzania, China, Norway, Uganda and UK.

Kenya, even sells live camels to Saudi Arabia rather than slaughtering them from here and creating employment. “If it is an issue of halal, they can be slaughtered in a county such as Isiolo which is predominantly Muslim,” said Njagi.

It is the same thing with fruits, where tonnes of mangoes and other fruits in Ukambani go to waste for such flimsy reasons as being rejected for having spots. In 2016, tropical fruits such as mangoes worth Sh10 billion were exported to France, Netherlands, Germany, United Kingdom, UAE and other European and Middle East countries.

But the country spent Sh634 million to import fruit juice from South Africa, UAE, Egypt, United Kingdom and Spain, countries where Kenya had sold its raw fruits to.

The countries that Kenya exported its fruits, including Netherlands, Spain, Germany, and many other European countries export fruit juice worth Sh603 billion. Kenya, one of the main players in the growing of tropical fruits, is not even a fringe player in Sh1.5 trillion fruit juice market.

Njagi explains that setting up fruit processing plants in Ukambani such as the one built in Makueni could work miracles.

Scholastica Odhiambo, an economics lecturer at Maseno University, blames it on our limited industrial infrastructure, with fewer local firms that can invest in the sector. “We have quite a few investors and the number of that has not changed. We are not attracting more FDIs (foreign direct investments) in these areas. Interestingly, most of them are leaving,” said Dr Odhiambo.

She noted that high capital outlay and lack of information or knowledge on value addition are also to blame for the dismal performance of this sector. “The only value addition we have are mainly agro-processing-most farming are subsistence in nature with low industry linkages,” said the lecturer.

President Uhuru Kenyatta has realised the potential in value-addition, and has made manufacturing as one of his Big Four Agenda- others being Universal Healthcare, low-cost housing, and food security.

President Kenyatta’s administration would like to increase the share of manufacturing from the current 10 per cent of GDP to 15 per cent. “The priorities they (Kenyans) would want us to focus on are clear. Kenyans want their families kept safe from catastrophic bills for medical care; they want skilled jobs, especially in manufacturing; they want to be food secure, and they want dignified, affordable homes. The “Big Four” Agenda serves each of these,” said President Kenyatta earlier this year in his State of the Nation speech to MPs.

Achieving 15 per cent contribution to the GDP for the manufacturing sector, says Phyllis Wakiaga, the CEO of Kenya Association of Manufacturers (KAM), is only possible if the country focuses on making local manufacturing competitive.

“One way to do this is to increase value addition to boost the value of exports and ease the country’s import bill,” says Ms Wakiaga. She cited such sectors as leather, agro-processing, fisheries, textiles and apparels as the country’s low-lying fruits.

“We are unfortunately still exporting more raw materials than finished goods to global markets which does not at all give us a competitive advantage in determining critical factors such as pricing which are supposed to be channeled back into the local economy,” said Wakiaga, noting that only 16 per cent of all exported agricultural output in Kenya is taken through value addition.

“Yet value addition offers great opportunity in terms of increasing our local manufacturing capacity and more importantly creating productive jobs through efficient value chains. Think what we can do with,” says Wakiaga.

The Government has, of course, made it clear its intention to revamp the manufacturing sector with the aim of unleashing over 1.3 million jobs by encouraging value addition. To this end, Kenyatta’s Government is going after Wakiaga’s low-lying fruits which include leather products, textile and apparels, agro-processing and manufacturing of construction materials as well as fish processing.

Currently valued at Sh35 billion, the Government’s aim is to expand the size of the textile sub-sector by more than five times to Sh200 billion within five years, unleashing 600,000 cotton jobs in the process. 500,000 of these jobs will be in growing of cotton, with 200,000 hectres of land being used for the cultivation of BT Cotton, a new strain of seed that is not prone to attacks by pests.

Moreover, the Government wants to stem the inflow of leather products as one of the means to inject some life into the Sh14 billion leather industry, that the World Bank believes can be game changer in the country’s ambition to be a manufacturing hub.

A World Bank report on leather prepared for the Ministry of Industrialization and Enterprise Development in 2015, found that Kenya was significantly less competitive than global leaders including China, Italy, and Vietnam in all   competitiveness indicators, except availability of and access to raw materials.

“Most African nations, including Kenya are essentially exporters of raw hides and skins and wet blue leather and   maintain a low production capacity for finished leather,” noted the World Bank in the report.

“I have introduced a specific rate of import duty of $5 per unit or 35 per cent whichever is higher. This should guard against undervaluation,” said Rotich.

In the Budget Policy Statement for 2018, Rotich said they intend to prohibit export of hides and skins. But even with an export tax of 80 per cent on export of animal skins, some of these items still find their way out of the country.

The Government intends to set up 5,000 cottage industries for leather, and complete Machackos Leather Park, so as to jolt this sub-sector to life. The Government will also support expansion of existing tanneries through incentives and access to finance.