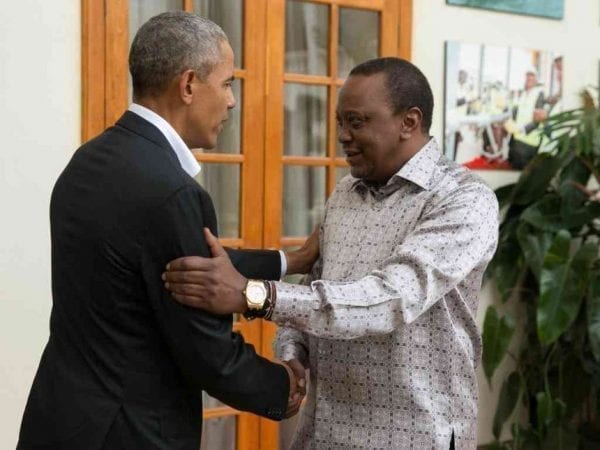 Former US President Barack Obama landed at the JKIA in Nairobi on Sunday afternoon for a two-day visit that will see him launch his half sister’s foundation.

Obama headed to State House in Nairobi where he met President Uhuru Kenyatta and his sister Auma.

Uhuru thanked him for keeping his 2015 promise of visiting after his term as president.

Obama is visiting, for the fifth time, as a private citizen and may also hold talks with Opposition leader Raila Odinga.

The President congratulated him for establishing the Obama Foundation which seeks to empower youths to become the agents of change that Africa needs.

The two leaders agreed that African youths could become the continent’s most valuable asset if their energy and creativity are effectively harnessed.

Uhuru, Deputy President William Ruto and several senior government officials assured the former US leader of the support of all African leaders in scaling up youth programmes through his foundation.

The President gifted Obama, a celebrated author, with two books on Kenya’s youth and success stories in the last 50 years. The books are titled ‘Aspirations of a Generation: Youth of Kenya’ and ‘Kenya at 50’. 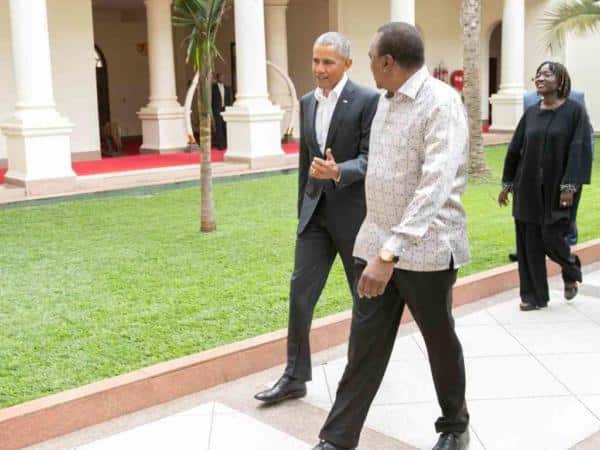 Former US President Barack Obama with President Uhuru Kenyatta and his sister Auma at State House in Nairobi, July 15, 2018. /PSCU

Obama is in the country to support Auma in setting up Sauti Kuu Foundation in K’Ogelo, Siaya county.

Security has been beefed up in Nairobi, Kisumu and Siaya for the visit by the ex-President.

Auma said her foundation aims to change mentalities of people so they realise there are opportunities they can make use of. The facility comprises a sports centre as well as a resource and vocational training section.

From Kenya where he will also visit his ancestral home in Alego Nyang’oma, Obama will head to South Africa where he will give the keynote address at the 16th Nelson Mandela Annual Lecture.

Over 4,000 people are expected to attend the lecture at Ellis Park Arena in Johannesburg on July 17.

According to the The New York Times, Obama is expected to spend five days in Johannesburg.

He will hold meetings, workshops, and train over 200 young people. 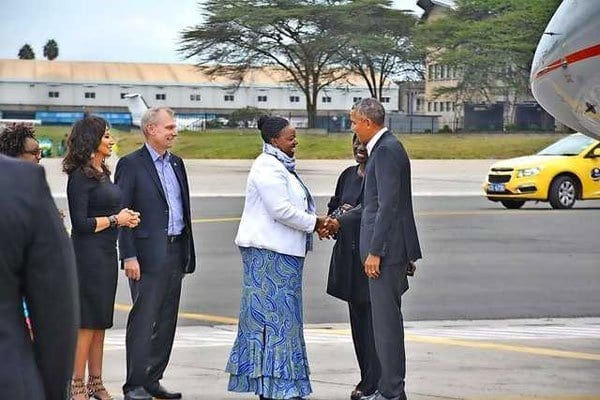 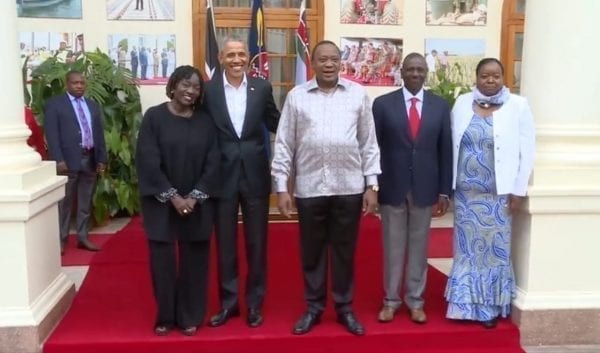