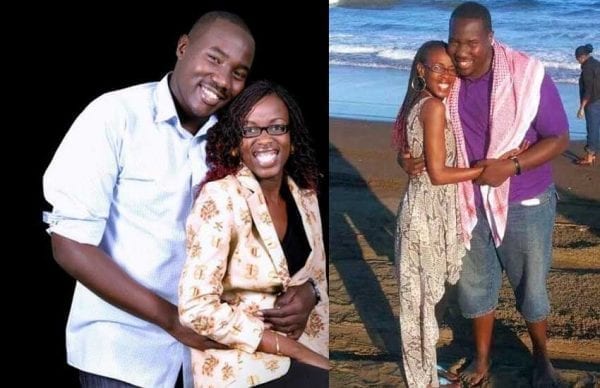 Why do couples date for ages only for one to break up the relationship and marry someone they have just met, complete with a lavish wedding to boot?

Being dumped by a man you have known for years, only for him to wed a chick he met at a funeral in Rumuruti barely three months after a breakup, leaves not only wounded hearts and bruised egos, but also disturbing questions.

It is even worse for a man who gave everything to a woman for donkey years, paying her college fee, finding her a job and all, only for her to post pictures of her wedding to a man she met and dated in the duration of the World Cup.

They dated for a long time, with Willis finally proposing with a ring worth Sh100,000 on bended knee. But the relationship went off air in January of 2016. A year later, Willis exchanged vows at a private wedding with Mary Ngami just three months after  engaging her.

Radio personality Shaffie Weru and singer-actress Debbie Asila were the ultimate power couple of radio in early 2000s. By 2005, Debbie was expecting their first child. But after two years or so, their planned wedding came to grief.

Just months later, Shaffie married Joan Mwihaki, a mother of one, in an Islamic wedding ceremony. But four years and a daughter later, the affair nosed south this January.

Shaffie confessed they separated and he is shopping for a replacement.

Local musician Avril broke her engagement with her South African fiancé, Leslie Mugadza in July 2016 saying, “I don’t know if we are going to carry on with our plans and all the arrangements because so much happened at the beginning of the year. I don’t know if it’s going to happen, but for now, I’m just taking some time off everything in my life.”

A year later, Avril was pregnant with music producer J Blessing after a low-key relationship. J Blessing broke up a five-year relationship with long-time girlfriend, Chantelle, of Toklezea hit song fame, getting into an affair with Avril barely five months later.

Ugandan socialite Zari Hassan also walked out of a 12-year-relationship she termed as toxic and abusive with the late Ugandan tycoon Ivan Ssemwanga.

Zari told Faridah Nakazibwe in December 2015 that, “I tried so much to mend the relationship, but it failed. I was abused even in front of my kids…sometimes in public. I think everyone knows that now.”

Ivan died in 2017 and the mother of three dated a basketball star, Isaac Lugudde aka LK4,  bodybuilder Farouk Sempala and Tanzanian singer Diamond Platinumz, who broke a long-time relationship with Tanzanian actress Wema Sepetu for Zari.

They married in less than a year and by August 2015, had a daughter Tiffah, and baby boy, Nillan, in December 2016.

When Diamond began messing around with model Hamisa Mobetto, Zari called it quits via social media on Valentine’s Day this year.

Reasons for sudden abandonments range from intolerable habits, not being ready for a family, lust and one partner not being good for marriage.

And it is not just celebrities who suffer breakups after long courtships.

Margaret Namunyaki, a salonist in Nairobi’s Umoja estate dated a man for six years. They had met at a manufacturing plant along Kangundo Road and were planning a wedding, but Margaret was dumped with a child.

Her boyfriend wedded another woman but doesn’t know how long the affair had lasted. That was two years ago when “I felt like the world would collapse and swallow me alive.” Margaret was left so devastated and says that, “now I hate all men and there is no way I can trust any of them.”

Margaret does not know what happened since they were in good terms and he had even proposed. But strangely “the man keeps on requesting for a re-union but I cannot accept him back after what he did to me.”

Margaret asked him why he abandoned her at the last minute and he claims that he does not understand why he “committed the mistake of his life.”

Esther Wambua, a single mother and mobile money agent in Dandora dated for three years, got pregnant by 2011 and delivered a baby boy. “He did not want to hear anything about the pregnancy or the child. I think this is where the problem. After that, he cut all links with me.” Esther says that he even confessed he was not ready for a family.

Surprisingly, her boyfriend shortly married a woman he met at his workplace a few months later and now Esther believes “whoever said all men are liars was right.” She runs her shop to keep herself busy and forget the “whole thing” and has chosen to remain single and “I will need to be very careful about the man I date.”

Stephen Sagasia, a gynaecologist at Mama Lucy Kibaki Hospital in Nairobi left his fiancée of two years for another woman mainly because of pressure from his family. His girlfriend was not ready and so he hooked up on Facebook and within two months, marriage preparations were underway. “I love my wife and I believe she is the best gift God has given me,” he gushes.

Solomon Maina, a cybercafe attendant in Umoja, argues that  a woman might not be  “marriage material”. He dumped his long-time girlfriend for being too flirtatious and not a homemaker and married someone he had barely known for three months after she proved to be the “ideal wife.”

The reason he dumped her, he confesses, is because he didn’t have the guts to face her and explain his misgivings. He acknowledges that though his wife “has weaknesses here and there, these cannot be compared to those of my former girlfriend.”

Others like Sethi Asangai, a painter, was simply felled by the sight of a beautiful stranger. Although he was planning to marry his long-time fiancée, he dumped her for the new cutie.