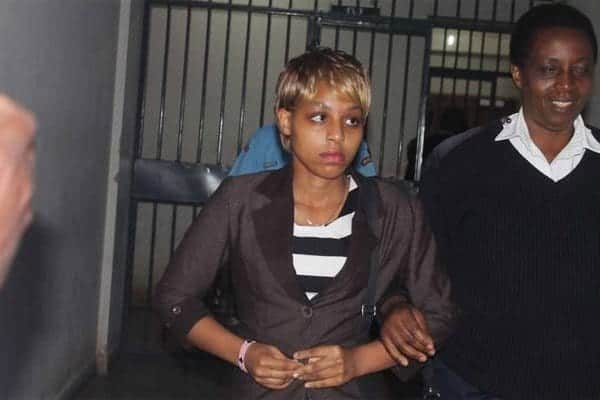 “We are concerned that Kenya continues to use this cruel, inhumane and outdated mode of punishment,” Executive Director Irungu Houghton said in a statement on Friday.

“This sentence is a blow to Kenya’s progressive record in commuting death sentences to terms of imprisonment.”

He added that there is no credible evidence that the death penalty deters crime any better than other lawful punishments and asked the courts to call for Kamande’s rehabilitation instead.

The 24-year-old beauty queen was sentenced to hang on Thursday in a jam-packed Nairobi court three years after she stabbed her boyfriend Farid Mohamed to death following a dispute.

The court heard that Kamande stabbed Mohamed 25 times not in quick succession but in intervals, leading him to bleed to death.

Her sentencing has excited a section of Kenyans on social media, some of whom feel she deserves the hangman’s noose for the nature of her crime, while others say she should be pardoned due to her good looks.

Death sentence in Kenya is essentially in name only, as the last execution was conducted in 1987.

Kenya currently has no active hangman.