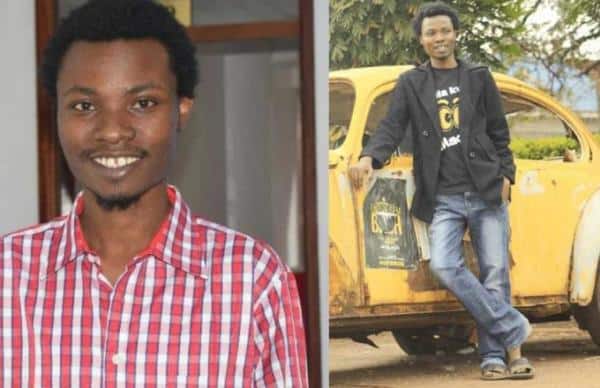 Brian Ogola may only be 28, but the former accounts student is making his mark in the wKenyan film industry and quickly becoming a name to watch

I am an online comedian and actor who specialises in situational comedy. My real name is Ithagu Kibicho.

‘Desagu’ is just a stage name. I started acting at a tender age. I used to perform during church festivals and always opted for funny scenes.

I’m an alumnus of Menengai High School. After high school, I joined Kenyatta University to pursue a Bachelor of Economics degree.

A degree in economics, but you opt for comedy…how now?

I get that a lot. I started acting in Sunday school, but I took it to the next level when I joined campus. In campus, I registered a comedy theatre group that propelled me into the comedy world.

I later started acting in theatre shows, but I was not making any progress, so I decided to create my own content and started vlogging. My journey in comedy was quite difficult as I tried to penetrate the industry.

I understand you are pioneer of ‘Team Mafisi Sacco’…

The whole concept of Team Mafisi Sacco was born out of the increasing number of sponsors. So many young men were being heartbroken by their girlfriends running to old loaded men.

I have friends who lost their girlfriends to sponsors. I decided to create a resistance unit to serve as a voice for the boy-child. The objective was to stop these old guys from preying on our girls.

I am the acting secretary-general of Team Mafisi Sacco. As a comedian, there is a lot to talk about when it comes to sponsors and slay queens.

Team Mafisi Sacco became a hit online. How did it inspire you to venture into online comedy?

When I recorded Team Mafisi Press Conference, I never thought it would go viral. Then I thought why not record more videos and post them online.

There was this video that you recorded sleeping under a tree. What was it all about?

That day, I had a meeting with a certain TV producer, but he stood me up. I was frustrated and ended up sleeping under a tree at Uhuru Park. My last source of hope was to post it on Facebook and it worked!

The hilarious clip was shared across all social media platforms and received a major boost when Caroline Mutoko shared it.

You have a YouTube channel. How is it doing so far?

I have 55, 000 subscribers. I am not yet there, but I know I am headed in the right direction.

The biggest challenge to being an online comedian is content generation. You have to be up to date with current affairs. Your content must be short, good and worth watching.

It does pay for those who are patient. See, your earnings as an online comedian depend on the number of subscribers you attract. To earn a decent pay, you have to merge YouTube earnings with product endorsements.

When did you get that big break?

When I landed a lucrative deal with Motorhub on Kiambu Road. I was excited because finally, my hard work was paying off. I remember when I received that call I thought it was a prank, only to realise that it was a real. That deal shaped my career.

Which has been your most successful project as an online comedian?

The video where my wife denied me sex during the last General Election. The video was timely and was meant to sensitise people on the importance of voting.

Where do you get your ideas from?

I get my ideas from day-to-day events, news and watching other projects.

What projects are you working on currently?

Live in nanny job needed in the East Coast

How to move yourself forward-Express patience, relax and be yourself