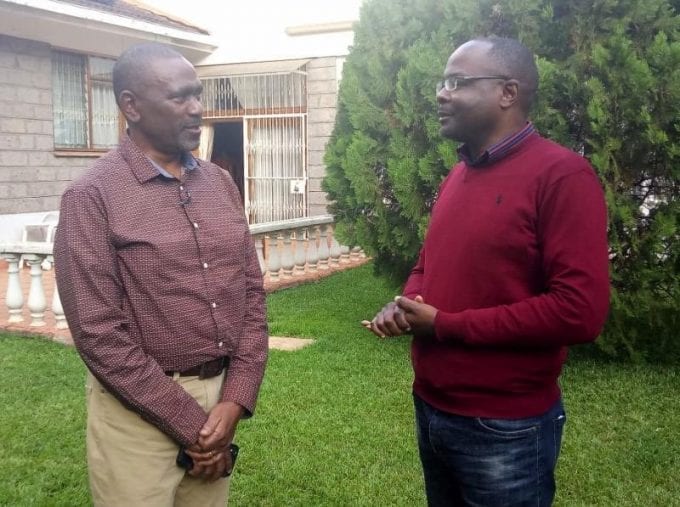 Kinuthia will have led a team of three other pilots and 12 flight attendants in KQ’s first non-stop flight from Nairobi to New York, marking a major milestone in the airline’s aviation history.

Here is an excerpt from an interview conducted by Alex Chamwada, host of KTN’s Daring Abroad programme, where Kinuthia talks of his flying history and how he prepared for this historic flight.

Q. How do you feel about this flight?

A. Going to New York is unique because I have never flown there. I have only been there as a visitor. So it is going to be a fascinating and interesting challenge, and I feel honoured to do that for Kenya Airways.

Q. How long have you been flying?

Q. How do you prepare for a flight?

A. Every time I take a flight, I will have come straight from sleeping. That is because I need a clear mind. You cannot afford to have any issues on your mind when you fly a plane.

Q. When did you learn you would fly this inaugural flight to New York?

A. I learnt about that probably a month ago, but I did not know I would be the pilot though my name had been proposed. I was proposed to be the first one to fly to JFK mainly for the reason that I am the senior-most pilot in KQ. I have been with Kenya Airways for quite a while – since 1978; that is going on 40 years now. I should be retiring shortly in another few months. I think the company thought it would be a good idea to send their most senior pilot.

Q. How many pilots will be on the flight?

A. In the cockpit there will be four pilots; two captains and two co-pilots. I will be the captain on the plane’s take-off from Nairobi to the cruising level. Then the other captain and the co-pilots will take over. Then two hours before landing, my co-pilot and I will prepare to land into JFK. We will then have about two days’ rest before we fly KQ 003 on the return journey. We will get there on Monday (today) and leave on Wednesday and be here on Thursday.

Q. Have you been trained for landing at JFK?

A. We started preparing for this flight a long time ago; the minute it was announced. That was my job to train people on how to go to JFK. Much as I have never been there, we do a dummy route following procedures that we use on all airports. I will now be exposing my pilots to different scenarios at JFK. We can bring the airport to the simulator, which has more information than the aircraft you are using.

The simulator is many steps ahead of that because it encompasses the Dreamliner plus the fact that it can take you to any place in the world at the touch of a button.

If it is New York, we have done approaches in New York Airport on different runways for everybody who has been in training for the last six months.

Q. Who are some of the most powerful people you have flown?

A. I have flown former President Daniel Moi many times. I flew him to Belgrade when Yugoslavia was one unit through KQ’s Boeing 707, then I flew him to Beijing and then to Auckland.

Probably, the crowing of my flying is when I flew Pope John Paul II when he came to Nairobi. It was an extraordinary thing he did because all the time the Pope flies Alitalia. John Paul II decided to break tradition because he was doing an African tour.

From Rome to Nigeria he flew Alitalia. Then from Lagos to South Africa he flew Nigerian Airways (the company later collapsed). From South Africa, he flew South African Airlines to Nairobi and from Nairobi, I was lucky to take him back home