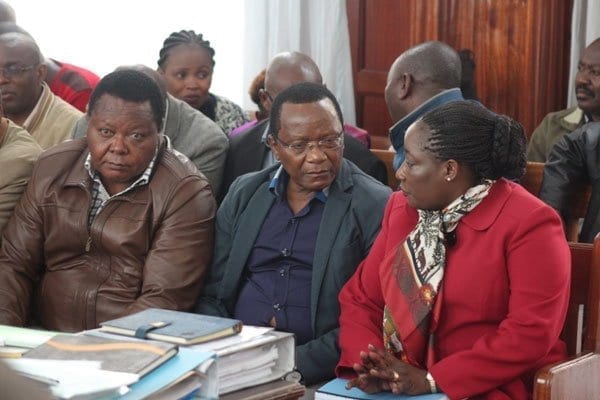 Some eight persons who had been accused in the Sh468 million scandal at National Youth Service (NYS) will now be state witnesses as the trial begins.

The Director of Public Prosecutions Noordin Haji agreed to the suspects’ request to be state witnesses in the case.

The charged against them are set to be withdrawn.

The prosecution has revised the funds lost in corrupt deals at the NYS from Sh468m to Sh8 billion but the suspects in court on Monday are facing charges to deal with the loss of Sh468 million.