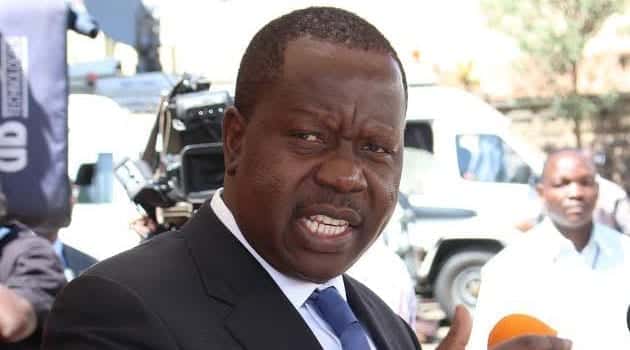 The anti-corruption watchdog (EACC) has ranked Interior ministry as most prone to corruption, followed by ministries of Health and Lands.

At 64.7 percent, the Dr Fred Matiang’i-led ministry has jumped from 45.7 percent in 2016, with Kenya Police ranked at 23.8 percent, followed by the National Police Service Commission at 13.7 percent.

In the survey done between September 18 and October 24 and which sampled 5,977 households in Kenya’s 47 counties, 76 percent of Kenyans revealed that they did not receive government services after failing to pay a bribe.

Of those who were denied services, a disappointing 93 per cent said they did not report acts of corruption they witnessed.

With Kenyans paying an average of Sh5,058 in bribes in 2017, those living in Mandera had to part with almost seven times the national average.

GSU Officers in Viral video held in College, will not be…

They told researchers that they had to pay an average Sh35,440 in bribes to access government services.

In the devolved units, the department of finance and planning was rated as the most prone to corruption at 18 per cent.

Popular comedian tried to kill family members before hanging self