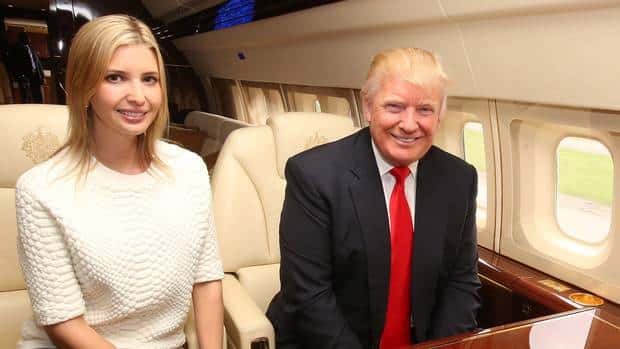 Donald Trump claims his daughter Ivanka would be an “incredible” UN ambassador after Nikki Haley resigned from the role.

The President said his oldest daughter would be “dynamite” in the role – but acknowledged he would face accusations of nepotism.

Trump accepted Haley’s resignation on Tuesday as she became the latest in a long list of senior staff members to leave the Trump administration.

He touted his daughter as a potential replacement as he addressed reporters at the White House.

Ivanka, who is a senior adviser to her father, later took to Twitter to rule herself out of the role.

In a joint address from the Oval office Donald Trump described Haley as “very special to me, she’s done an incredible job.”

Her departure would leave the White House with one fewer moderate Republican voice and throws into relief the lack of females in Trump’s foreign policy team.

In a joint address President Trump said of Haley: “”She’s a fantastic person. She is somebody that gets it, she’s been in the UN from the beginning with us, she worked with us on the campaign.”

He told reporters that the ambassador to the UN had let him know earlier in the year that she might be looking to move on after two years.

Despite this Haley’s announcement sent shockwaves through Washington.

Mr Trump and Ms Haley appeared alongside each other in the Oval Office paying each other compliments.

Other departing cabinet members were not given such presidential treatment when they stood down.

Asked about Haley’s successor, Trump said: “We have a number of people that want to do it – it’s a great position.

“I think she’s helped make it a much better position, maybe it’s a more glamorous position than it was two years ago.”

Trump said that many of those in the UN like her – and “maybe more importantly they respect her.”

He said to her: “Hopefully you’ll be coming back at some point in a different capacity – you can have your pick.”

Haley was effusive about the President and his policy ideas.

She said the United States under his presidency is now respected around the world.

“Now the United States is respected. Countries may not like what we do, but they respect what we do. They know that if we say we’re going to do something, we follow it through,” she said.

She described her role as “the honour of a lifetime”.

Haley said: “I think you have to be selfless enough to know when it’s time to step aside.”

She said she had given “everything I’ve got” over the past eight years.

“No I’m not running for 2020, what I will be doing is supporting this one,” gesturing to Donald Trump.

Earlier this year, Haley, 46, told Reuters that, “Every day I feel like I put body armor on,” to protect U.S. interests at the United Nations.

The President said he would appoint her replacement in the next few weeks.

CNN reported that Haley told only her top staff that she was intending to resign today.

The child of Indian immigrants, she was the first woman and the first member of a minority group to be governor of South Carolina.

And she was easily confirmed four days after President Trump’s inauguration in 2017.

She has overseen Trump’s shift in dealing with the UN, including the US exit from the UN Human Rights Council, which Haley called the organisation’s “greatest failure.”

Foreign diplomats looked to her for guidance on policy from tan administration known for inconsistency.

Haley was quick to voice her own opinions on the big policy issues like Iran and North Korea.

Ladbrokes immediately installed MS Haley on 66/1 odds to be elected President in 2020.

She is also one of a number of White House officials who the head of Citizens for Responsibility and Ethics in Washington said was “reaping personal benefits” from their jobs.

The watchdog group is calling for an investigation into seven private flights taken by Haley that were paid for by South Carolina business executives.

The flights were between New York, Washington and three cities in her home state of South Carolina, where she was governor before joining the Trump administration.

The watchdog group Citizens for Responsibility and Ethics in Washington said the flights were likely worth about $24,000 and should be investigated by the State Department’s inspector general.

But Haley argued on her public financial disclosure report this year that the flights, which she valued at $3,200, were exempt from ethics regulations because of her personal relationship with the businessmen who paid for the gifts.

She has been outspoken in her criticism of Trump’s demeanor, even going so far as to suggest his undiplomatic language could lead to war.

But in response to the NY Times’ anonymous op-ed, Haley wrote her own arguing that anyone challenging the President should not do so anonymously.

“I don’t agree with the president on everything. When there is disagreement, there is a right way and a wrong way to address it. I pick up the phone and call him or meet with him in person.”

“Like my colleagues in the Cabinet and on the National Security Council, I have very open access to the president. He does not shut out his advisers, and he does not demand that everyone agree with him. I can talk to him most any time, and I frequently do.”

“If I disagree with something and believe it is important enough to raise with the president, I do it. And he listens.”