Kenyans are Immature? PS Kenya, Bill Gates wants you to change your Behavior

Amazing how liberals want to destroy our culture

There is a conference being advertised in the media on How to change behavior among the youth in Kenya. “Kenya to host the first Africa Social Behavioral change Conference” (19-21 Feb. 2019, Safari Park). If you have never heard of PS Kenya, you need to know that name. In order to destroy the historical cultural traits in Kenya, this organization together with others including and not limited to the Bill and Malinda Gates foundation have embarked on what they are calling, “Behavioral Modification Seminars.” This up coming seminar should concern every morally upright person. The church in Kenyan should not let these seminars take place without close scrutiny.

The idea of behavioral modification comes from the historical western belief that Africans cannot be trusted with their bodies and lives. That Africans are nothing but a burden to civilized societies. They are nothing but poverty stricken third world rejects whose purpose in the world is to populate their countries without any means of supporting themselves, thus contributing to global warming by deforestation and archaic cultural norms. Obama once argued that Africans should not drive cars!

Obama: ‘The Planet Will Boil Over’ If Africans Are Allowed Cars and Air Conditioning

Their solution focuses on introducing alternative theories to the African with an intention of destroying the patriarchy (the male principle) that they accuse of impregnating women. The other idea hidden under this behavioral modification nonsense is to encourage African populations to adopt alternative lifestyles including gay and lesbian orientation. They argue that when men marry men and women marry women, population decreases!

The last time I checked, the only positive behavioral modification is founded on our constitution’s pre-amble. It states, “Kenyans are a God fearing People.” Within this principle we encourage the individual to believe in the Lord Jesus Christ as savior and Lord. Paul argues, “Finally, brothers and sisters, whatever is true, whatever is noble, whatever is right, whatever is pure, whatever is lovely, whatever is admirable—if anything is excellent or praiseworthy—think about such things.” Philippians 4:8.

The argument which is accepted in Africa is that once a person is transformed by the power of the Holy Spirit, and lives in obedience to the word of God, then the behavior is changed and this include, Making sure that Gods good earth is properly taken care of. Also the behavior that resulting in corruption, un-wanted pregnancies, drug addiction, murder and all forms of decadence are subjugated to the leading of the word of God.

This is what Paul says, “Put to death, therefore, whatever belongs to your earthly nature: sexual immorality, impurity, lust, evil desires and greed, which is idolatry. Because of these, the wrath of God is coming. You used to walk in these ways, in the life you once lived. But now you must also rid yourselves of all such things as these: anger, rage, malice, slander, and filthy language from your lips. Do not lie to each other, since you have taken off your old self with its practices and have put on the new self, which is being renewed in knowledge in the image of its Creator. Here there is no Gentile or Jew, circumcised or uncircumcised, barbarian, Scythian, slave or free, but Christ is all, and is in all.” Colossians 3:5-11

It is this behavioral change that we Kenyans should be seeking, not some hidden agenda promoting gay and lesbian, transgender, and abortion principles in the name of saving the world from black Africans! We have matured now and honestly we do not need to be lectured on how to be a man or a woman in the modern world. 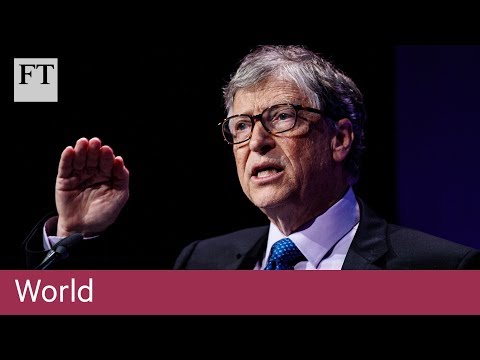