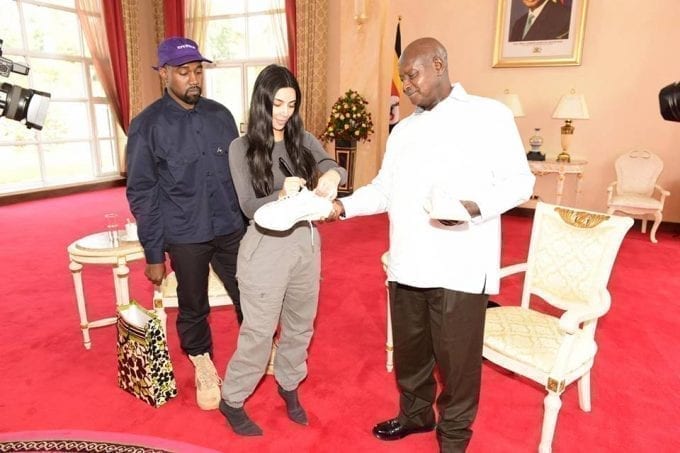 The couple were flown from Chombe Safari Lodge in the Uganda Peoples’ Defence Force helicopter, to State House.​

It is not yet clear what was discussed in the meeting as Presidential Press Secretary refused to give details but promised to share soon.

President Museveni, however, shared that their meeting bore a fruitful discussion with the duo on how to promote Uganda.

According to Museveni, they held “fruitful discussions” on “how to promote Uganda’s tourism and the arts”.

Kim is an American reality TV personality, entrepreneur and socialite, best known for her show Keeping Up with the Kardashians.

Kanye is reportedly in Uganda for a video shoot but also said he was coming to Africa for vacation, mentioning Uganda as part of his itinerary.

Raila attacker caned him because he is tired of referendum calls