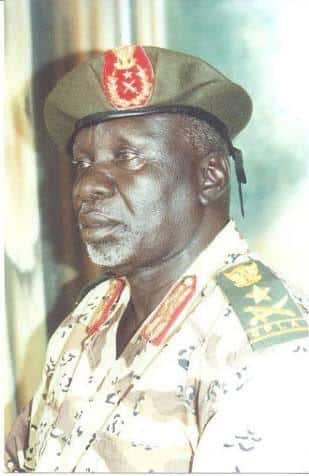 The top South Sudanese Government official linked to the business success of the late Monica Nyawira Kimani has distanced himself from murdered woman and her family.

In new twist to the unraveling mystery of Ms Kimani’s killing, South Sudanese presidential advisor General Awet Akot denied knowing or ever working with her while also strongly dissociating himself from links to the murder.

“How would you have worked with somebody you don’t know?” asked the general in a stinging rebuttal issued through the executive manager of his office Deng Aoch who spoke to Saturday Standard from Juba.

The general also denied knowing Monica’s father Bishop Paul Ngarama, saying he has no recollection of ever meeting him as earlier claimed.

Ngarama, who used to sell newspapers in Juba before starting a string of churches, claimed he had met Akot when he was the chair of the Kenyan Business Community in Rumbek but the two lost contact when war broke out in 2013.

Akot however says although he could have met Ngarama, there is no way he could remember since he must have met so many people in the course of his work as governor.

“We are wondering what is the relevance of saying the governor had a relationship with Monica. Are they trying to imply that the general had a hand in the murder?” asked Aoch.

“The only true thing about whatever is being peddled in the press in Kenya about this whole matter is that the General was a governor in Rumbek,” he said.

According to the former warlord-turned-politician, there are people working behind the scenes and taking advantage of Monica’s death to push a certain agenda. He said the South Sudanese government had raised an official complaint with Kenya’s embassy in Juba but he is also considering legal action.

The general’s office also denied that he owns property in Nairobi which was under the supervision of Monica.

“The general does not own a single iron sheet in Nairobi. If he owns anything it is in South Sudan and this is well known,” said his office.

General Akot, who was present during the whole time his assistant Deng Aoch spoke to Saturday Standard, at one point took the phone and reassured us he will take action.

“None of these things you are hearing are associated to me, but I am not in a position to speak about them now,” he said.

Earlier in the day, “concerned members” of the Transitional National Legislative Assembly held a press conference  to defend what they termed as an insult to an elder and a prominent figure in their government.

“An insult to the General is an insult to the family and the government of which we serve,” the statement signed by Anyok Chol, Zeche Wanji and DMT Dharuai said.

As the events unfolded in Juba, in Nairobi television journalist Jacque Maribe was reportedly considering cutting a deal with the state that would see her turn into a witness against her fiancé Joseph Irungu in the murder of Monica.

Sources also said her legal team was also considering filing an application at the Constitutional Court demanding that their client be released on grounds that she was no longer a person of interest in the case.

Among their reasons was the fact that police are yet to take any DNA samples from her as they requested in court and that there has so far been no connection in the evidence trail linking the journalist to Monica’s murder. Maribe’s lawyer Katwa Kigen visited the journalist yesterday at Gigiri police station where she is being held.

Part of the reason why Maribe’s legal team was torn on whether to make the application is that they felt they had made some progress in turning the journalist into a witness and did not want to jeopardise that.

“If our client is called in by the police to say whatever she knows, she will readily assist,” Kigen told the Saturday Standard. “Some of the details they were looking for are whether our client knew Monica. It has been established that they did not know each other. This automatically removes her from the scene of crime,” he said.

The prosecution had asked for 14 days to detain the TV anchor, arguing that the investigations required more time as DNA samples needed to be collected and more statements taken from Maribe’s friends and colleagues.

They cited forensic and ballistic examination of the samples that they took from the suspect’s house, saying that if set free, Maribe could interfere with investigations. This was partly granted on Monday by Kiambu Principal Magistrate Justus Kituku. She ruled that Maribe should spend 10 more days in police cells as investigations into the murder of the businesswoman continued.

Maribes’ defense however argues that there has been no link between their client and a gun that was confiscated from Brian Kasaine.

The pistol, a Ceska Model CZP-07 with serial number B467102 has already been declared to have been in the possession of Kasaine illegally after it was established that its licence was cancelled in 2013. As a result, Kasaine, who was initially being considered a likely state witness is now set to be charged for illegal possession of a fire arm.

But so far, detectives pursuing the case have been unable to link the gun and Irungu’s alleged attempted suicide to Monica’s murder. Irungu’s case will be mentioned on Monday.