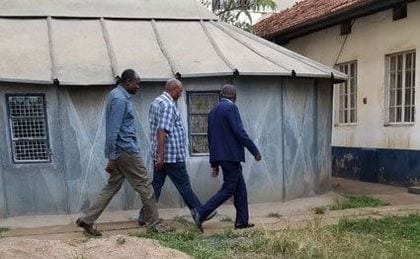 Police released two suspects that were detained in connection to the death of Sharon Otieno, the Rongo University student.

Ms. Otieno was abducted in early September and her body was discovered hours later at Owade in Kodera Forest.

Thereafter, Governor Obado, who had been adversely mentioned, was also nabbed by the police as investigations  took a new twist.

On Friday, Justice Jessie Lessit said she will make bail application ruling for Obado, Oyamo and Obiero on 24th October, meaning that they will still languish in jail over the murder.

But according to lawyer Cliff Ombeta, Mr. Gombe, a taxi driver believed to have been on wheels when Sharon was kidnapped and Mr. Elvis Omondi have since been released.

Detectives hinted that Mr. Gombe will be a key state witness in the murder case having convinced the police that he was only a victim of circumstances.

It is not however clear whether Omondi, who was also arrested in Oyugis, will play any role in prosecution. He is a bodyguard to the embattled governor.

Prosecution team has charged Mr. Obado, Oyamo and Caspal Obiero with murder or Sharon and the unborn baby.

While Obado denies orchastrating the death of Sharon,he admits being the father of the child, something that was also confirmed by the DNA tests.