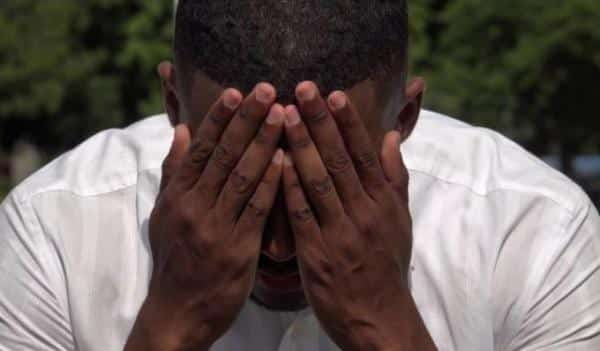 He received an envelope, the envelope looked cute. Vintage design.He reached inside the envelope. Inside it there was a wedding invitation card.​

It was a wedding invitation from Nduku. Nduku is the lady he had an affair with and that affair costed him his marriage.

“You are cordially invited to our wedding to be held in December” the card read, with a photo of a smiling Nduku with her good-looking fiancé.

He looked at the image of Nduku and he undressed her just like he did many times before. In the past, he undressed her with his hands in hotel rooms, Nduku’s house and in his house when his wife had traveled upcountry. But now he can only undress Nduku with his eyes. Nduku is sexy.

Sexy was what led him to destroy his own marriage. He was foolish enough to let Nduku come in between him and his wife. Many times his wife warned him about Nduku but he did not listen, he went on to have the affair and disrespect his wife.

But Nduku used him for a time. That time ended and now Nduku is the one respecting her soon to be husband while he has lost his wife. Nduku nowadays ignores his phonecalls and his requests for dates, she belongs to another man. He should have done to Nduku what Nduku is doing to him those days Nduku was flirting with him and talking ill of his wife.

Nduku is soon walking into marriage whereas his marriage ended because of Nduku. Nduku will most likely be faithful to her soon to be husband, she will become a wife. She will probably give her husband all the love that he should have given to his wife. During the affair, Nduku was single. He should have been the one to protect his marriage and kept off single women like Nduku.

But now, he is regretting, having lost the wife who has stood with him for years and also lost Nduku the cheat.

Cheating seems thrilling and exciting at the time. In fact, it blinds your vision and clouds your judgement. You don’t see the damage you are doing until you realize that the affair cannot be sustained and the one who you had an affair with actually has lost respect for you for ruining your own home. Lust does not last. Don’t destroy your marriage for a temporary high laced in great sex and emotional illusion. Illusions have no future.

Husband or wife, protect your marriage from people who come to ruin what you have and leave.

In my new book, WOMANHOOD SERIES, I urge women to make good sexual choices and take responsibility for the man they commit to and how they commit to him.

In my other book, MANHOOD SERIES, I urge men not to think with their penis. When you think with your penis, you pursue a woman you are not serious with, become a player, use women for sex, lie and have affairs.

To purchase the MANHOOD SERIES written by Dayan Masinde, MPESA Ksh. 200 to 0721590954, then text the word MAN and your email address to the same number and the book will be sent to your email address for you to download and read on your phone or computer

To purchase the WOMANHOOD SERIES written by Dayan Masinde, MPESA Ksh. 200 to 0721590954, then text the word WOMAN and your email address to the same number and the book will be sent to your email address for you to download and read on your phone or computer.

Leaders in Jubilee settle on contester to defeat Governor Kidero