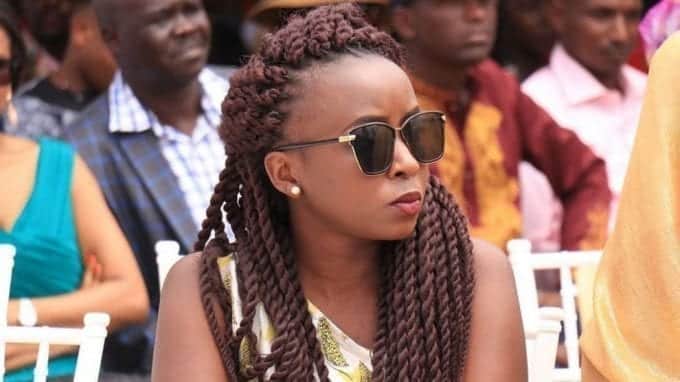 The Citizen TV journalist was in the company of Gatundu South Member of Parliament Moses Kuria.​

She landed in Samburu in Moses Kuria’s chopper looking beautiful in a one shoulder skater dress.

She faces murder charges with her co-accused, Joseph “Jowie” Irungu for the killing of businesswoman Monica Kimani in September.

She, however, was released on a Sh1 million cash bail.

Union with a story: The secret lives of Omar Lali and Tecra…

She had announced her engagement on January 1 this year.

Nigeria Will No Longer Participate In DV-2015 Lottery Program

Video:From Dreaming To Becoming” 10 Essential Principles For Living the Life Of Your…