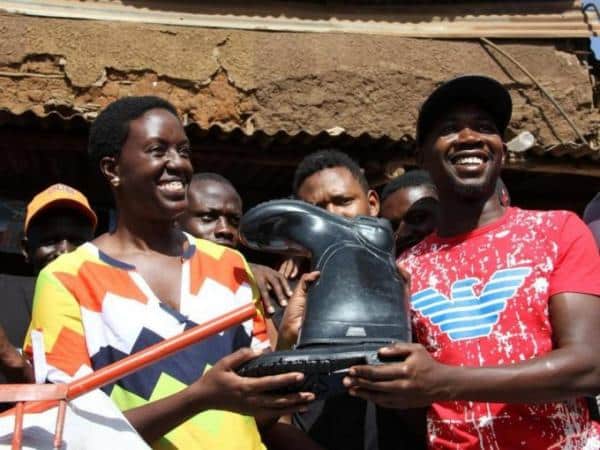 I could cry all the time, think of giving up and feel helpless, Rosemary Odinga opens up about her partial blindness.

Speaking to Citizen TV on Sunday night, Rosemary who is the daughter of AU envoy Raila Odinga noted that she felt extremely hopeless during her first stages of blindness.

“The transition was very challenging…I am used to living a certain lifestyle where I am very independent and making my own choices in life then suddenly I was not able to do that…,” she said.

“I am not able to choose the clothes I want to wear, not able to drive, go to the store or even cook…I felt hopeless at some point but I am lucky that I have a support system.”

Rosemary said with the support from her two daughters, her family and friends, she was able to overcome the fear that nearly weighed her down.

“I draw strength from my daughters… because of them, I’m alive. I said to myself that if I give up now, what am I teaching them?” she posed.

“Am I teaching them that whenever you have a hiccup in life to give up?’ And I said ‘no! I have to continue and try and be successful.”

Adapting to her new life, Rosemary noted that she has now learnt how to find her way around the house and choose her own clothes.

When asked what was the toughest moment for her during that time, Rosemary said she did not have an idea about a person who was suffering from the same illness.

She suffered a minor stroke, leading to her hospitalisation in South Africa in February 2017. The stroke affected her eyesight and forced her to withdraw from the Kibra parliamentary race last year.

“The tumor was something new. I was diagnosed with two aneurysms which were treatable here in Kenya but they were unable to get to the brain tumor,” she said.

“The biggest misconception, people don’t realise we are human beings only that we are more in the public limelight.”

But with all this, Rosemary did not rule out the possibility of making a comeback into elective politics.

“There are so many examples in the world of persons with disability who are able to provide leadership to the community and I’ll say what I’ve always said that if God gives me an opportunity, and people are willing to support me, then I’ll not shy away from a leadership position,” she said.

Last month, making her first appearance at the Raila Odinga Educational Centre, Rosemary said she will continue with her initiatives which include implementing projects in Kibera.

She donated 60 sewing machines to the institution, which will start enrolling women for the programme.

Kenyan among three arrested for possession of cocaine in India