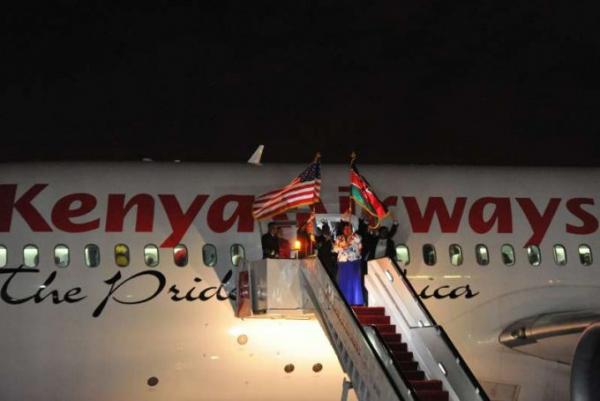 Kenya Airways #ticker:KQ has reduced the number of flights on the newly launched New York route from the current seven to five a week effective January 15.

The national carrier made the announcement Thursday that flights to the US will now be on Tuesday, Thursday, Friday, Saturday and Sunday every week.

“Kenya Airways has today announced that it is adjusting the schedule for its Nairobi – New York route to 5 flights in a week effective 15th January 2019. Currently, the airline is flying this route daily,” reads the statement from the carrier.

In a statement, KQ chief executive Sebastian Mikosz said that while the decision to adjust frequency is a strategic business decision, the airline remains strongly committed to the New York route and will continue to offer non-stop services to all its guests travelling between the two cities.

“As the only airline that offers a non-stop flight between East Africa and the USA, this route remains significant to us because of the role it plays in opening more economic and tourism growth opportunities for Kenya and East Africa,” he said.

“The decision to adjust our schedule is to cater for seasonality in line with global practices that allows airlines to reduce or add frequencies based on low or high seasons.”

He noted that they would evaluate the option of reverting to daily flights for the route next summer, just as they’ve been doing for the Paris and Amsterdam routes.

An earlier statement in November cited low demand during winter season. This saw KQ cancel several scheduled flights along the new route since the launch on October 28.

KQ started flying to New York on October 28 with the intentions of having daily flights between the US and Kenya.

Betty Bayo Declares: If He Doesn’t Repent and Turn to God I Will Divorce Him.