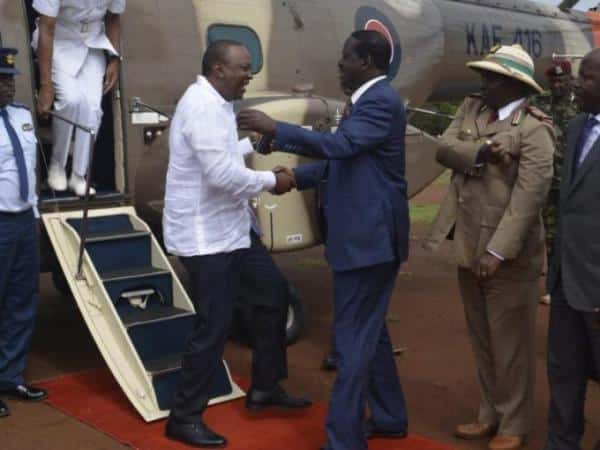 Uhuru arrived in Kisumu on Thursday where he was given a hero’s welcome. He is on a two-day working tour of Nyanza.

He went bearing gifts, which he presented to the hostess – Ida Odinga.

Raila Odinga and his wife Ida in Bondo on Friday, December 14, 2018. /COURTESY

UHC will be piloted in four counties: Kisumu, Nyeri, Machakos and Isiolo.

After the breakfast at Raila’s home, Uhuru is expected to preside over the Jaramogi Oginga Odinga University of Science and Technology graduation.

The university will confer honorary degrees on the President and Raila.

Meanwhile, Deputy President William Ruto who accompanied the President to Kisumu on Thursday, was in Kisii on Friday.

He presided over the Kisii University graduation.