It all started with a headache: Rosemary Odinga’s emotional and painful fight for her life 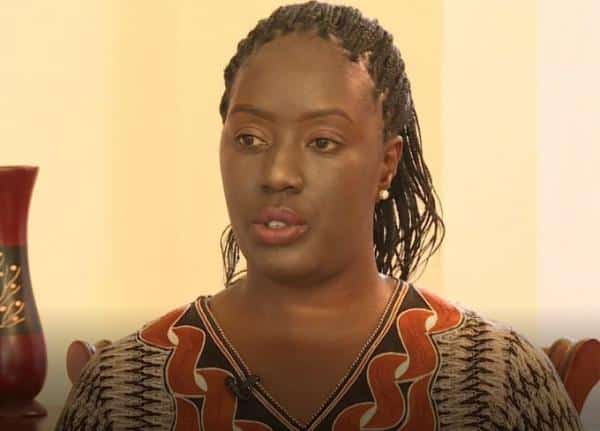 During the run-up to the 2017 General Election, Rosemary Odinga was well on her way to the ballot as a contestant for the Kibra Parliamentary seat.

Besides losing her brother Fidel Odinga, whom she describes as her “greatest friend” only a couple of years earlier, she had everything going well for her; she was a budding entrepreneur, a leading female political leader, and she had roots firmly ground on one of the biggest political families in the land.

Her father, Raila Odinga, was the then opposition alliance’s flag bearer for the country’s top seat and her grandfather – Jaramogi Oginga Odinga – is mentioned in any conversation regarding the country’s initial founding fathers and freedom fighters.

Ms. Odinga, then 40 years old, was a jovial fun-loving soul. She was outgoing and she was fashionable and she was considerably well loved; by both her her father’s political friends and foe alike.

But, above everything else, she had her complete eyesight; and then the world blinked and she didn’t.

In an exclusive interview with Citizen TV’s Victoria Rubadiri, Ms. Odinga narrated the incident surrounding a trip to Naivasha with her daughters that completely changed the course of her life.

“I was doing a workshop for ladies who want to be politicians, and my head was just aching. Then I remember I was called for breakfast and I couldn’t open the door… eventually, after knocking and opening the door, I just collapsed onto the help who was there,” recalls Ms. Odinga.

“My older daughter ran to the clinic and they sent an ambulance which came and picked me up. Then they said we could drive to Nairobi but I said I couldn’t make it so they sent for a chopper which brought me to Nairobi.”

The 41-year-old mother of two further recalled how, upon arrival at the hospital in Nairobi, the doctor informed her that had they brought her using the ambulance by road then she would almost certainly not have made it.

Ms. Odinga was then diagnosed with two aneurysms, which were clipped here in Kenya, as well as a brain tumor, which was removed in China upon the suggestion of her friends.

She further dispelled rumours about being entirely blind saying, “I don’t really see out of the left eye. I can see through the right eye but it’s foggy; it’s like looking through a glass with water in it.”

“So I see mostly through the right eye but it’s half the vision, and I can see things that are very close to me.”

On what caused her partial blindness, Ms. Odinga said they are unsure whether it was as a result of the operations carried out on her but that she’s not giving up on her eye sight; not just yet.

“As a family, and with my friends, we’re still looking to see what is out there in the world because we hear that there are some solutions,” she stated.

Ms. Odinga also spoke about “crying all the time” and thinking about giving up and feeling helpless and hopeless during her first stages of partial blindness.

With the help of her children, friends, family and community members who occasionally show up to pray for her, she says she has now adapted to her new lifestyle and can even find her way around the house and choose her own outfits.

“I draw strength from my daughters… because of them, I’m alive. I said to myself, ‘if I give up now, what am I teaching them? Am I teaching them that whenever you have a hiccup in life to give up?’ And I said ‘No! I have to continue and try and be successful,’” said Ms. Odinga.

She reiterated how huge of an influence her late brother Fidel Odinga was to her, further reminiscing about how she stayed in his house when she moved to the United States of America and they went to the same college and he would take her through the simplest tasks such as what food to cook and how to cook it.

Possibly weakened but most definitely stronger, Ms. Odinga also refused to rule out the possibility of making a comeback into elective politics, saying that with the right amount of support and motivation, she could just find herself back on the ballot.

“There are so many examples in the world of persons with disability who are able to provide leadership to the community and I’ll say what I’ve always said: if God gives me an opportunity, and people are willing to support me, then I’ll not shy away from a leadership position,” she stated.