Immigrants facing deportation don’t always have to leave the U.S. Here’s what they can do 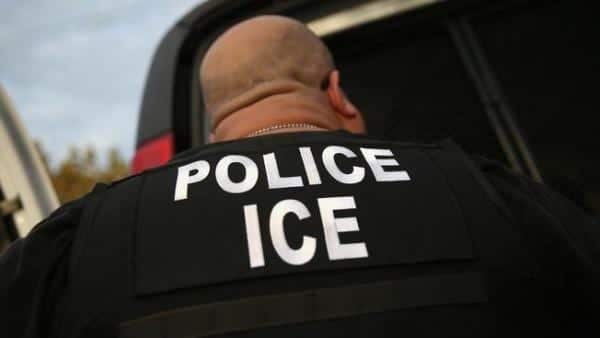 The restrictive immigration policies proposed and implemented by the Trump administration, including expanding the list of reasons for which immigrants can be summoned to appear before immigration judges to start deportation procedures, have increased immigrants’ fears of being removed from the United States.

Immigrants may be detained and deported by the U.S. Immigration and Customs Enforcement (ICE) agency if they entered the country illegally, participated in criminal acts, violated the terms of the visas or pose a threat to public safety.

If immigrants facing deportation orders are held in a detention center, they have few options to avoid removal. But if they have been placed under an order of supervision as part of their removal proceedings, there are ways to appeal, seek other legal avenues to resolve the case or halt the deportation temporarily.

APPLY FOR A STAY OF DEPORTATION OR REMOVAL

Foreign nationals are able to appeal certain deportation rulings, with legal advice from attorneys licensed to practice Immigration law in the U.S. In the process, they can apply for a stay of deportation or removal.

To apply, they must submit Form I-246 in person at an ICE Enforcement and Removal Operations (ERO) field office and pay a $155 application fee. Applicants must also submit their valid original passports, or copies of passports with a copy of a birth certificate or other original ID document.

The applications must be accompanied by evidence supporting the reasons why they are requesting a stay, such as medical documentation, police reports or sentencing documents.

ERO field offices are listed in this ICE link.

EXPLORE IF YOU ARE ABLE TO GET A GREEN CARD

Adjusting a status to get a green card may void a deportation order, if the immigrant in fact qualifies to become a lawful permanent resident. There are two ways to qualify:

There are two categories of family relationships: immediate relatives, and other family members described by the government as “preferences immigrants.” They must make the petition using Form I-130.

Immigrants facing deportation may seek asylum if they prove credible fear of persecution or torture in their country, or fear persecution if they are returned, because of their race, religion, nationality, political opinion or membership in a social group. The application can be submitted using Form I-589.

Immigrants who believe their civil rights were violated while in immigration detention or as a subject of immigration enforcement may file complaints with the Department of Homeland Security’s Office for Civil Rights and Civil Liberties (CRCL).

Every person in the United States has constitutional rights, regardless of their immigration status. These include the right to remain silent, the right to deny permission to a search of your person, vehicle or home, and the right to request a lawyer.

You can file a civil rights complaint in this DHS link.

If none of these options are feasible, an immigrant who’s not in ICE detention can be granted by an immigration judge the permission of voluntary departure, which authorizes him or her to remain in the U.S. until a specific date.

Once in their home country, they must go in person to the U.S. Embassy or consulate to verify their voluntary departure and report it to DHS completing Form I-210 or G-146. They need to submit a copy of their passport and their departure airline boarding pass.

This option has advantages because it leaves no record of a deportation and leaves open the possibility of returning later to the United States with a legal entry visa since it does not lead to a period of inadmissibility.

Details on how to ask for voluntary departure in this Department of Justice guide.

The online searches can be done in two ways:

That’s the nine-digit number, starting with the letter A, assigned to each foreigner during any immigration procedure. People must also select the detainee’s country of birth.

Requires the name and surname of the immigrant detained as well as the detainee’s country and date of birth.

ICC gave me Sh200m to testify against Uhuru

THE NGOMA AFRICA BAND-BASED IN GERMANY