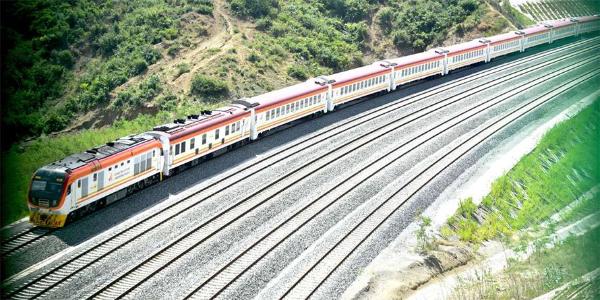 The number of coaches on the standard gauge railway (SGR) Madaraka Express train between Nairobi and Mombasa is set to drop in the next one day as passenger numbers reduce after the festive season.

Kenya Railways Corporation said Monday the coaches will be reduced to nine from 14 for economy class passengers beginning Wednesday.

The two coaches for first class passengers, however, will remain the same in the new service regime set to take effect starting January 2.

“In addition to the five coaches we add every Friday, Saturday and Sunday, we normally add more coaches on economy class seats if the demand is high to accommodate more passengers,” said a Kenya Railways spokesperson. “Now that the festive season has come to an end, we will go back to normal nine coaches we usually have on economy class coaches.”

The SGR passenger train service between Nairobi and Mombasa was launched last June.

The trains have been departing daily from both directions, offering a four-and-a-half-hour non-stop connection between the country’s two major cities.

The inter-county service train that was launched last December charges Sh50 from Mombasa to Mariakani, Sh230 from Voi to Kibwezi, Sh130 from Athi River to Emali, Sh510 from Nairobi to Voi and Sh400 from Emali to Miasenyi on economy class coaches.

On first class, passengers have been paying Sh140 from Mombasa to Mariakani, Sh920 from Voi to Kibwezi, Sh660 from Athi River to Emali, Sh2,130 from Nairobi to Voi and Sh1, 670 from Emali to Miasenyi.

D.C. Mayor Orders Police Not to Check Immigration Statuses, Even in Arrests