Toronto police have identified the victim in what is being considered a possible murder-suicide as Lorraine Kerubo Ogoti.

That man has been identified as Mowlid Hassan. A post-mortem exam found his cause of death to be blunt-force trauma.

Police were called to the Birchmount Road and St. Clair Avenue East around 2:15 p.m. after multiple 911 calls for unknown trouble. 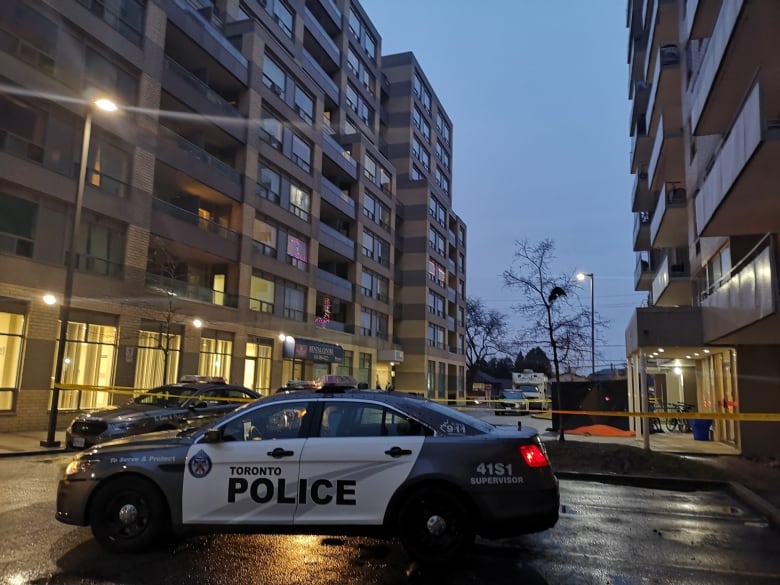 Toronto police say they are considering the deaths of two people in Scarborough on Tuesday as a possible murder-suicide. (Kelda Yuen/CBC)

That’s where they say Kerubo Ogoti had been stabbed. She was pronounced dead at the scene.

Investigators are not looking for any other suspects.

Police haven’t said if the pair were in a relationship. Officer said earlier this week they will also look at whether there was a history of police calls to the address.

Dyer died early Sunday of an single stab wound. A 34-year-old man has been charged with first-degree murder in that case.