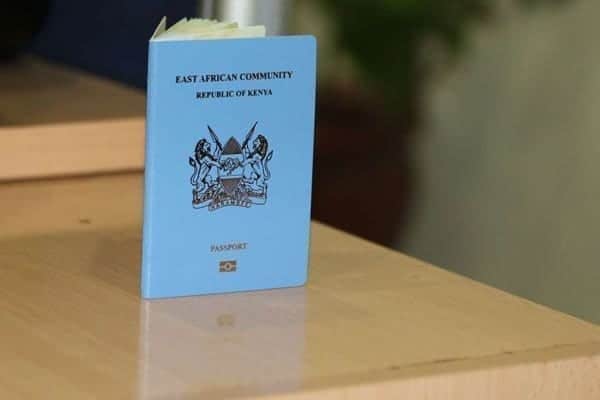 The Immigration department Thursday came under fire from the online community after citizens protested stringent requirements for applicants seeking e-passports, whose August 31 acquisition deadline is fast-approaching.

Using the #AskImmigrationKE Twitter session, Kenyans on Twitter questioned why they needed to fulfill certain requirements they had while applying for their old passports.

The department requires users to submit the online application forms, three copies of the invoices, their original identity card as well as a copy, their old passport and a copy, three passport size photos, and a copy of a recommender’s ID card.

It is on the recommender’s option—who should be either a lawyer, a religious leader, a doctor, a banker, or a civil servant — that irked most Kenyans.

Denis Waswa protested; “The Immigration Department has a lot of redundancy to say the least! Surely, why would you need a recommender when you are a citizen of sound mind and in possession of legit ID card and an old passport? Come on!”

BBC Africa Business editor Larry Madowo fired on Twitter: “Kenya still requires a ‘Recommender’ to get or renew a passport, in the year of our Lord 2019.”

He opined: “After I’ve applied and paid online for a renewal, the only thing I should submit is the old passport. But in Kenya, you constantly have to prove that you belong, to your own government. You’re never worthy.”

Many others like Mr Madowo, and Mr Waswa questioned why they needed to get specific people as recommenders, and why they needed them in the first place, especially when all they were doing was replacing their old passports with new ones.

A Twitter user, Moreen Okuta wrote; “If I have the old generation passport why go through the hassle to get an e-passport like I am getting one for the first time? You need to make people’s lives easier!”

Immigration Director-General Alexander Muteshi, however, insisted that the process has to be followed to ensure compliance with international regulations.

He also defended the need for a recommender. “The e-passport will be valid for 10 years and a lot can changes in 10 years, so the recommender update is necessary for every renewal. As for why those recommenders, we cannot ask you to go a person whose credibility is not known,” he said.

The immigration boss said the deadline for acquiring e-passports remains August 31, 2019, but a possible extension is being considered due to an expected last minute rush.

“The long queues at Nyayo House are because the deadline is fast-approaching and so to hasten the process, we have deployed officers to man the queues and ensure they move fast.

“In two months, we will have an online portal where applicants can track their passport application and get to know when it’s ready for collection as opposed to coming to queue to find out the status of their application,” Mr Muteshi said.