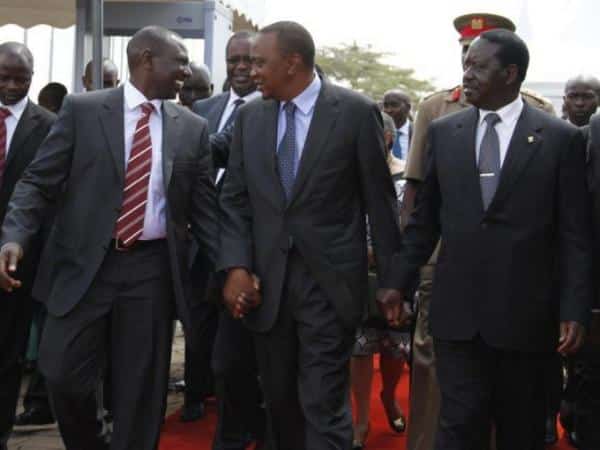 There is growing speculation of a possible announcement from President Uhuru Kenyatta on the reorganisation of government.

This is after ODM leader Raila Odinga jetted into Mombasa direct from South Africa on Thursday evening for what sources say was a meeting with Uhuru.

Other sources are saying that Cabinet secretaries, who are on leave until Monday, have been summoned by the President to Mombasa.

The announcement on the police changes made on Thursday is said to have been scheduled for Friday but was brought forward in favour of Uhuru’s announcement.

Since the March 9, 2018, handshake there has been speculation that Uhuru would make changes to accommodate more opposition figures in his government.

His government has appointed several opposition leaders to various parastatal positions in the course of 2018.

Before that on January 26, Uhuru dropped several Cabinet Secretaries and sent them to Kenyan foreign missions.

At the time, Uhuru also created a new position of Chief Administrative Secretary which was used to award politicians who supported his re-election but lost in the contest.

Revealed: Complete list of 85 MPs, MCAs who attended US conference