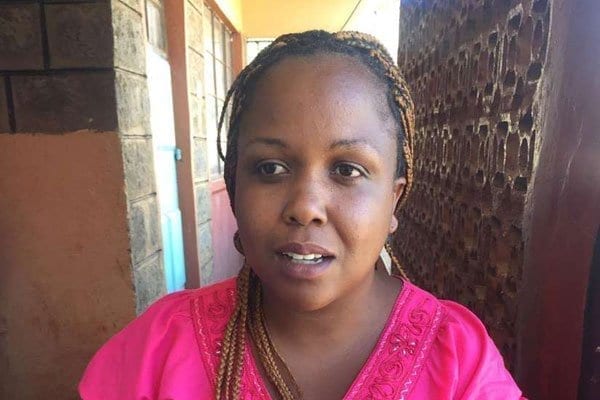 Grace Wahu Wangari, 29, lives a simple life at her home in Kanyariri, Wangige, in Kiambu County.

She is a single mother of one 10-year-old boy who now she says that murder suspect Joseph Kori, who is in police custody as investigations into his wife’s murder continue, is the father of her child.

Were it not for the murder of Ms Mary Wambui Kamangara, Ms Wahu never would have known that the father of her only son was leading a lavish lifestyle.

In an interview with the Saturday Nation, Ms Wahu said she got tired of asking Mr Kori to support their son three years ago.

“We always [ended up] in bitter exchanges whenever I mentioned that I needed money to take care of the boy. With time I despaired and decided to let him be,” she said.

Ms Wahu says that on occasion, when she asked Mr Kori to buy her supper, he replied that he “was also sleeping on an empty stomach”.

Ms Wahu and Mr Kori met on October 20, 2007 at a Nairobi hotel where she was working.

Their friendship soon developed into a relationship that culminated in her conceiving and giving birth at the age of 20.

“I was not aware that he had a wife at that time,” she said.

She says that Mr Kori was a loving, caring man in the early days of their relationship, and that despite being away most of the times, he was always supportive.

Things changed when their son joined class one. At some point before the relationship ended, Mr Kori asked her to move from Nairobi to Eldoret, where she stayed for only one month.

“Life there was hectic so I left everything there and came back to the city,” she said.

“He then changed completely. Finding him became even harder.”

At some point, the two met in Ngara where they had a bitter exchange before Mr Kori gave Ms Wahu money to calm her down.

“He asked me to be calling him instead of following him up and down — and I did exactly that,” she said.

She added that she knew Mr Kori had an interest in the timber business and that during their prime days, he did not have lots of money.

Ms Wahu says it took a while before the news that her ex-lover had been accused of murder caught up with her.

“I never knew that he was the ‘Kori’ who was being mentioned … until friends and family members started calling me,” she said.

Mr Kori, his mistress Judy Wangui and car hire dealer Michael Githae appeared in a Kiambu court on Wednesday for the mention of the murder case.

Charge Kidero and Shebesh for fighting in public-police