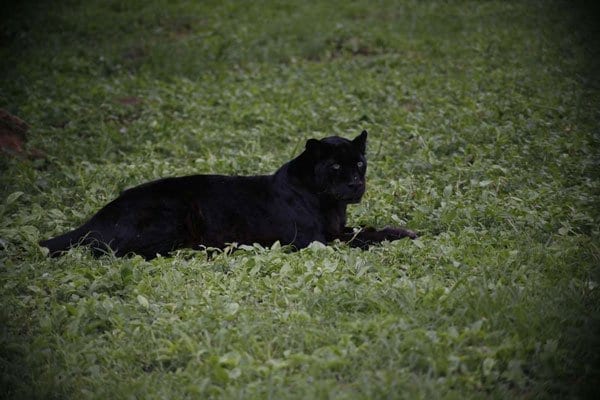 Dozens of Kenyans took to social media to react to claims by some Western media, that a black leopard whose images were taken recently by British wildlife photographer Will Burrad-Lucas, was the first sighting in 100 years.

The BBC, National Geographic, CNN and others wrongly claimed that the panther hasn’t been spotted in a century.

“Ultra-rare black leopard is photographed for the first time in 100 YEARS in Africa,” the Daily Mailsaid.

Kenyan took issue with these statements, because they are erroneous. Locals have seen black leopards in different parts of Laikipia.

Apollo Mugash, said on twitter, “Same old song, same performers, same setting. Remember every other physical feature in Africa existed only after validation by a Whiteman. So no point stressing the fact that similar leopard had been captured by Kenya’s Daily Nation photographer as early as 2013”.

Conservationist Mordecai Ogada claimed he and his colleagues spotted a similar animal in Ol Maalo, Laikipia, during a research for his Master’s project in early 2001.

VIDEO: Mzungu man who Sold All in Germany to Live with…

He tore down the ‘first sighting in 100 years’ claims terming it ‘conservation apartheid’.

“Congratulations Ambrose Letoluai, the young man who captured these first images of this particular leopard. Kenya, and Kenya’s wildlife narrative has its owners. We own it. There’s nothing left to be discovered here.”

Kenyan photographer and activist Boniface Mwangi noted on Twitter, “It’s important we say this, @willbl (Lucas) took amazing, never seen before images of a #blackpanther. Kenyans living in areas with wildlife population have spotted black leopards many times (we coexist with wildlife). The White media claim of first sighting in 100 years is pure nonsense.”

To which, Lucas replied, “Thank you. I agree many headlines are inaccurate. I never claimed mine were the first photos in 100 years as explained in the update at the bottom of my blog post.”

Lucas clarified on his website, I am not claiming that these are the first photos of a black leopard taken in Africa. I do however believe that they are the first high-quality camera trap photographs.

“The headline, ‘first in 100 years,’ is derived from a quote attributed to scientists from San Diego Zoo stating that my images, in combination with their video footage, constitute the first scientific documentation of such a creature in Africa in nearly a century.

Hotelier Mohammed Hersi said: Thank you @willbl Getting such unique images at night is nothing but sacrifice not to mention the biting cold in Laikipia. While you never said you are the first we celebrate you for putting Kenya on the world map through a positive spin. From @KTF_Kenya we say Asante Sana

The FIVE levels Of Optiven Properties And Set Value Additions

Corridors of Power: Uhuru to unveil new Cabinet before January 8