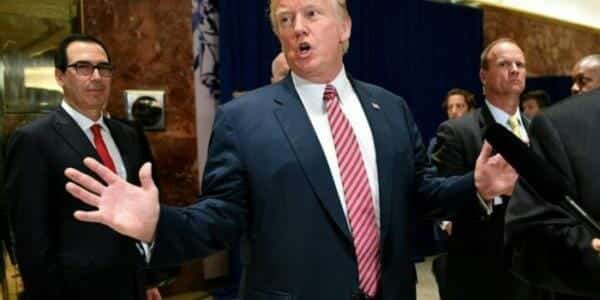 Isaac Mwaura Narrates Harassment by Trumps Security for being an albino: Nominated Senator Isaac Mwaura on Friday, September 27, narrated that he was profiled three times by the Secret Service at the UN headquarters in New York.

Taking to his social media platforms, the senator narrated the three incidences, where the Secret Service discriminated him for being an albino.

“I get into the building and check in at the security. I do the usual stuff of emptying my pockets, then I go through the machine and they do a body search. Then I’m told to step aside and I am kept waiting for over 30 minutes. The Secret Service agents ask for my ID and by this time, they have picked my entry card.

“I give them my national ID and NHIF card as further proof of my identity. They tell me that they are looking for someone who fits my description and then they go like, ‘the photo is of the same person but the names don’t match’,” he narrated.

The senator added that he offered to leave when he noticed he was facing discrimination, but the agents refused to let him go, adding that they got validity of his identity later when he met Nairobi Senator Johnson Sakaja.

Mwaura recalled that he experienced the same treatment in yet another incidence, when he went to meet President Uhuru Kenyatta and other colleagues at Hotel Latte.

“The Secret Service takes my card again while others start taking photos of me secretly with their phones. When I see them, I say a cheeky hi to them.

“My colleagues have to explain again that I am a senator from Kenya when one of them asks ‘who is this guy?’ As if that is not enough, a Secret Service agent follows us up into the lift while looking at me suspiciously,” the senator explains.

Further, the senator stated that he tried to access his hotel and gave his UN accreditation a third time and he was accorded the same treatment.

He, however, narrated that he could not take it anymore and decided to take the bull by its horns.

“I couldn’t take it anymore!!! I reminded the Secret Service agent that he was a person of colour and that I was a senator from Kenya. He was rude to ask me if I was a US senator. I told him he wasn’t the most important security agent and that he should step aside.

“Anyway, I was allowed in after a State House official found me at the entrance and explained to them that I am a senator from Kenya,” he concluded.

The vocal senator noted that the US Ambassador to Kenya Kyle McCarter issued him an apology after he learnt of the ordeal.