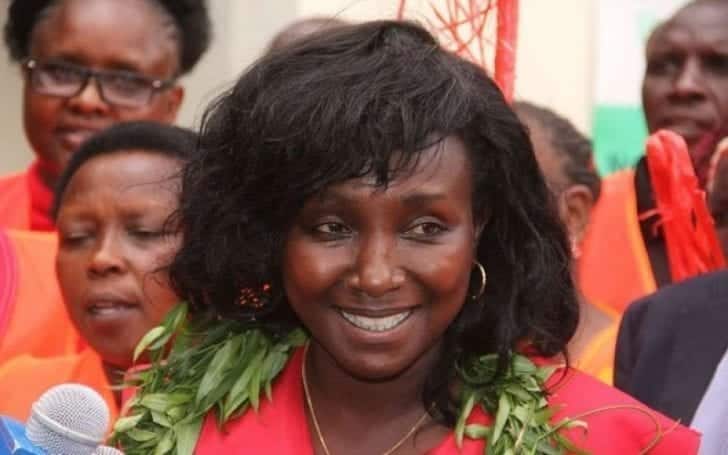 In a ruling delivered early last week in Nairobi, MP Gladys Shollei has been given a favourable ruling allowing her to keep the urban home in Kitisuru Estate Nairobi and the matrimonial farm in Uasin Gishu.

The ruling is said to have been a big relief to the MP who previously obtained orders barring her husband Sam Shollei from her matrimonial home after he eloped with a junior employee at Standard Group, Faith Rono.

Faith Rono worked as a reporter for the Standard before promotion by her then clandestine lover, Sam Shollei, to be the Corporate Communications Manager. Sam Shollei moved into Faith’s house in Langata after he was barred from the Ksh 700 million palatial home in Kitusuru.

Friends of Faith Rono and Sam Shollei have indicated that the couple recently had a traditional marriage ceremony which was witnessed by their family and friends in Uasin Gishu.

In the divorce suit lodged in 2016, Gladys Shollei accused Sam Shollei of abandoning the family, refusing to provide for it, denial of conjugal rights and being abusive.

The couple has managed to keep their marriage woes under wraps with few even knowing that they were going through divorce.

The affair between Sam Shollei and faith Rono was an open secret at Standard Group as the former CEO was also known to eye 2 other girls. Sam Shollei finally settled on the junior staff member who is almost 30 years his junior. Peers of the former CEO have indicated that Sam Shollei might be going through a serious mid-life crisis.
After the separation between Gladys and Sam, Faith Rono also broke-up with Sam as she had previously thought that it’s Gladys who was going to move out of the Kitusuru home. The two later came back together and are now living as husband and wife.

Gladys Shollei has reportedly been given full custody of the couple’s children and she indicated in her suit papers that she doesn’t need any maintenance from her previous husband.

Gladys Shollei was controversially pushed out of the powerful Judicial Service Commission on allegations of corruption. She was elected as a Women Representative in Uasin Gishu County in 2017.