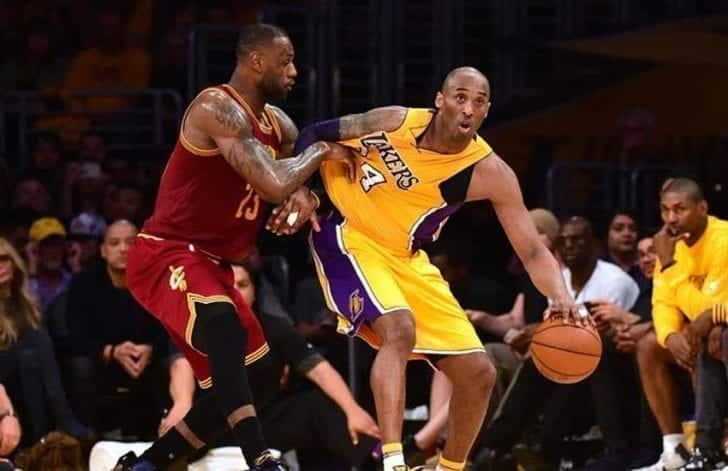 LeBron James penned a heartbreaking tribute to his “brother” Kobe Bryant in which he vowed to continue the legacy of the tragic NBA legend.

Bryant and his daughter Gianna were killed along with seven other people when the helicopter they were travelling in crashed in Calabasas, California on Sunday morning.

Regarded as one of the greatest basketball players of all time, Bryant spent his entire 20-year career with the LA Lakers, winning five NBA championships and breaking the franchise’s all-time scoring records.

He died aged 41, while his daughter, known as ‘Gigi’ was just 13. They are survived by Bryant’s wife Vanessa and their other daughters Natalia, Bianka, and baby Capri Bryant who is just 17 weeks old.

James, who joined the Lakers in 2018, passed Bryant for third place on the NBA’s all-time scoring list on Saturday.

And in an emotional message to his “big bro” and to his “niece” Gianna, the 35-year-old posted pictures of himself and Bryant enjoying some good times together on the court, which had been liked more than 500,000 times within 20 minutes of being posted.

The message read: “I’m Not Ready but here I go.”

“Man I sitting here trying to write something for this post but every time I try I begin crying again just thinking about you, niece Gigi and the friendship/bond/brotherhood we had!”

“I literally just heard your voice Sunday morning before I left Philly to head back to LA.”

“Didn’t think for one bit in a million years that would be the last conversation we’d have. WTF!! I’m heartbroken and devastated my brother!!”

“Man I love you big bro. My heart goes to Vanessa and the kids.”

“I promise you I’ll continue your legacy man! You mean so much to us all here especially #LakerNation and it’s my responsibility to put this shit on my back and keep it going!!”

“Please give me the strength from the heavens above and watch over me! I got US here! There’s so much more I want to say but just can’t right now because I can’t get through it! Until we meet again my brother!”

Another young player, Payton Chester, was also killed along with her mother Sarah Chester, and pilot Ara Zobayan.

I have a right to campaign for Moses Kajwang – Raila

Why ODM Aspirants Not Sitting Pretty in Kisumu