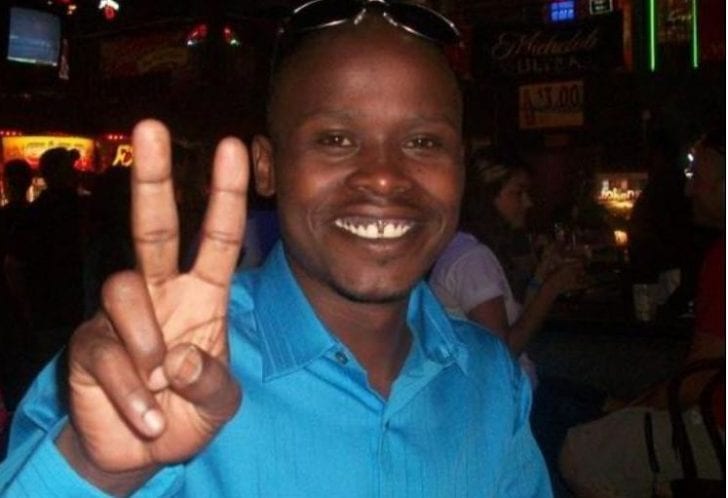 A Kenyan who died in the US has been identified as Jacob Simatwa who was born in Endebes, Kitale.A debate is raging as to what may have caused the death of Simatwa, a Kenyan man who was living in the US state of Missouri.  Simatwa died on January, 24, 2020.Reports say Simatwa died in his sleep in a house he was sharing with a Congolese friend.

His body which has been transferred to the St. Louis county mortuary for preservation pending an autopsy, was to be disposed off if nobody came forward to claim it.

Kenyans in St. Louis have come together to coordinate funeral arrangements that involve shipping his remains to Kenya for burial.

However, there are conflicting reports concerning the cause of Simatwa’s death with some chatter circulated in a Pokot Professional Forum WhatsApp group alleging he may have died from complications associated with heavy alcohol drinking.

His longtime friend, Joel Kipnusu from Iowa who is coordinating Simatwa’s funeral arrangements has disputed this. He claims the late Simatwa may have died from a heart attack.

“According to family and roommates, Jacob had a pacemaker and they suspect one of the tubes came out at night and that’s what may have killed him. But, we can’t be certain until the autopsy report from the medical examiner is released,” Kipnusu said.

Simatwa’s journey to the US

Mr. Kipnusu however, agrees that the late Simatwa who came to the US in the early 2000s on an athlete scholarship, was known to have struggled with life in the US because he didn’t have a job.“He didn’t have a job for a very long time until recently when he finally received his permanent residency card (Green Card).

I have spoken to those who were with him and I didn’t get any indication that he was drunk on the night that he died,” said Kipnusu.According to Kipnusu, a funeral committee was formed on Saturday and in coordination with his family in Kenya, were raising funds to enable them repatriate the body to Kenya for burial.“We are appealing to the Kenyan community and well-wishers in the US to assist in raising funds to send Jacob’s body back to Kenya.

Prior to his death, Jacob was jobless and with no insurance coverage nor any personal savings in the bank,” he said.

Kipnusu said the Kenyan Community in St. Louis will hold a memorial service on Sunday, February 2, 2020 at 5pm at Christ Covenant church 3465 Shackelford Rd, Florissant. “The funeral planning committee has come up with a budget of Sh1,700, 000 ($17,000 ) to cover burial and funeral expenses from the USA to Kenya,” he said.

Here are the top ways Kenyans got rich in 2016