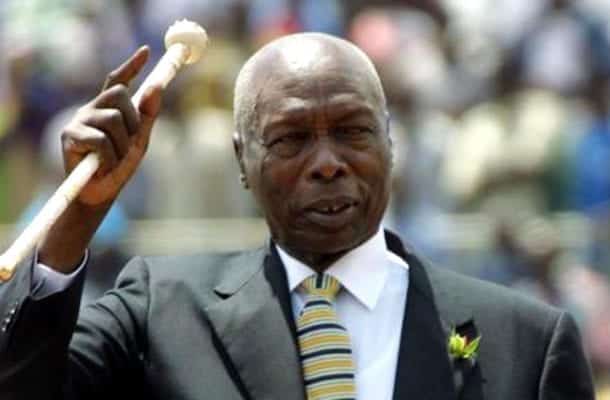 Former President Daniel Moi is dead. The announcement on Moi’s death was made on Tuesday morning by President Uhuru Kenyatta.

Mr. Moi has been in and out of hospital for several years though he enjoyed good health during and after his presidency.

He underwent a knee surgery at the Aga Khan Hospital in January 2017 after he developed complications following a road accident in 2006.

In March 2018, his son Gideon and personal physician Dr. David Silverstein accompanied him to Israel for what they said was a routine checkup on the operated knee.

Later that year, the former President was admitted to the Nairobi Hospital for another checkup.

In October 2019, there were reports that Mr. Moi had been admitted to the same hospital though his Press Secretary denied the claims.

VIDEO: Uhuru makes surprise visit to Nyeri,Mistaken for a…

Despite his health concerns over the last few years, the ‘professor of politics’ would still receive visitors at his Kabarak home: mostly politicians.

Conspicuously absent from the list was Deputy President William Ruto who in May 2018 was reported to have waited for two hours to meet Mr. Moi but did not.

This despite having had close ties to the former President when he served as Secretary General of the then ruling political party KANU, as Assistant Minister in the Office of the President and later as Home Affairs Minister.

However on May 4, 2018, it seemed clear to all and sundry that their relationship had remained in the past as his visit to Kabarak was not to be.

It is alleged that political rivalry, between Mr. Moi’s son Gideon and DP Ruto, was to blame.

In April 2019, other leaders thronged the Kabarak home following the death of Mr. Moi’s son Jonathan.

The late President Daniel arap Moi came to power in 1978 following the death of his predecessor Jomo Kenyatta.

Nyayo, as he came to be popularly known, was sworn in as the second President of Kenya and ruled for 24 years.

It was in 2002 that he had decided to exit from politics and then through the ruling party KANU, endorsed Uhuru Kenyatta as the flag bearer for the presidential election.

The LA times anticipated that the poll would be the toughest in Kenya’s history, further describing Uhuru as a ‘political novice’.

“These are probably as significant elections as we have ever had since independence,” the LA times quoted Rev. Mutava Musyimi who was the then secretary-general of the National Council of Churches of Kenya.

Indeed, as had been predicted, Mr. Moi’s protégé lost to Mwai Kibaki, who was now the face of several parties that had come together under the National Rainbow Coalition (NARC).

Mr. Kibaki had once served as VP under President Moi for 10 years.

The ‘professor of politics’ seemed to have inadvertently ushered in a new crop of leaders following his decision to allow the return of multiparty politics in 1991.

Their mother Lena Moi died in 2004 after having separated from her husband in 1974.