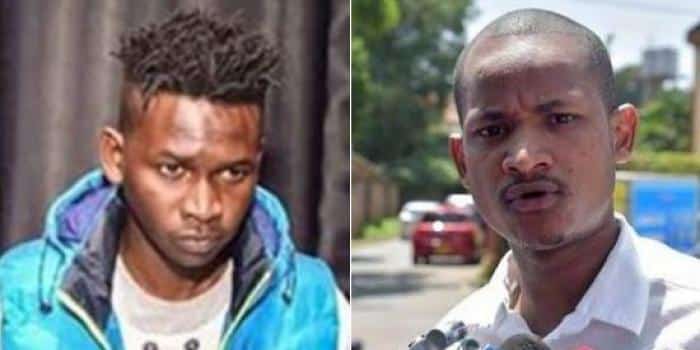 On Saturday, February 22, Embakasi East MP Babu Owino made a public appearance for the first time since he was arrested in connection with the shooting of Felix Orinda alias DJ Evolve at Nairobi’s B-Club.

The MP attended the Building Bridges Initiative (BBI) that took place on Saturday, February 22 at the William ole Ntimama Stadium.

A section of attendees urged the organisers to allow Owino to address them, cheering in anticipation.

“The BBI fever is stronger than the coronavirus,” Owino stated as the Narok residents encouraged him on.

Owino is accused of shooting DJ Evolve, who has since been lying in a hospital bed at The Nairobi Hospital, unable to carry out his day to day duties.

Speaking to Kenyans.co.ke on Saturday, February 22, DJ Evolve’s father, John Orinda, stated that his son was responding well to treatment.

Orinda, however, declined to comment on the DJ’s hospital bill, which had earlier been reported by K24 Digital to have hit Ksh 7.5 million.

“He is improving, we are just praying for his healing. He is still receiving treatment but we cannot comment about his bill since the case is in court,” he added.

DJ Evolve’s father on Thursday, February 20, allegedly told the publication that the bill was growing at an alarming rate and the family had no capacity to cover it despite their efforts.

“We have been receiving calls from the hospital asking us to settle the medical bill. We can’t raise the needed Ksh7.5 million even if we were to sell a majority of our property,” he had stated.

The father also added that the medical bill could even go higher since Orinda was still in critical condition and remained admitted at the hospital’s intensive care unit (ICU).

“He is unable to speak, and doctors are feeding him through tubes,” he told K24 Digital.

The bail, which was supposed to be paid in Ksh 2.5 million instalments, was to be used to settle the DJ’s hospital bill.

When Kenyans.co.ke reached Owino for a comment, he stated that he could not comment on the matter since it was an ongoing case in court. 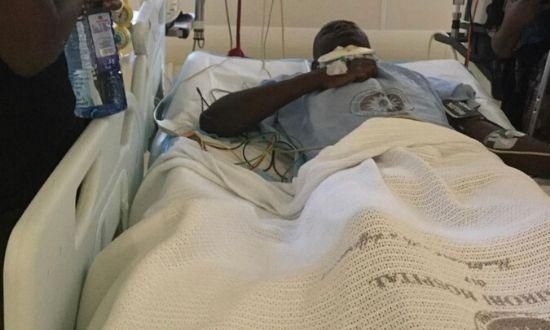 Felix Ondari alias DJ Evolve at the Nairobi Hospital where he has been receiving treatment.
FACEBOOK
By STEPHANIE WANGARI
Source-kenyans.co.ke

Sonko in near physical confrontation with AG over disputed land