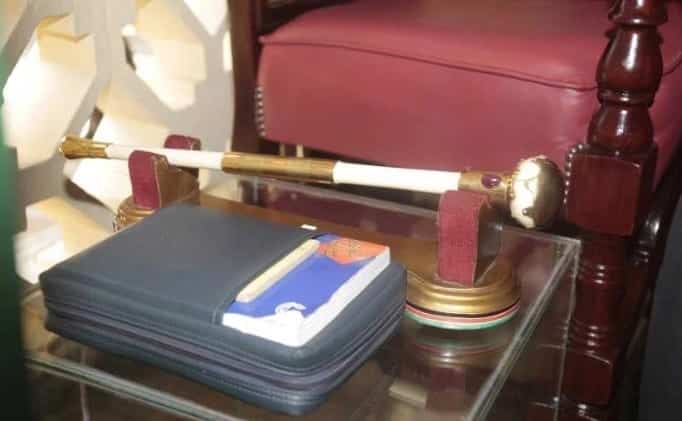 Described by many as a philosopher and a professor of politics, the late Mzee Daniel Arap Moi also had a close relationship with his creator.

While attending a service at Kabarak Chapel on May 8, 2005, Moi penned down something on a piece of paper and safely tucked it inside his Bible.

The contents of the paper would remain with him until the time he breathed his last.

The words were from Genesis 28:17 and he titled his writing, ‘Gate of Heaven’.

Watch Fireproof -Full Movie: For those couples that are…

Perhaps, as an afterthought, he condensed his thoughts and personal resolution by adding the words ‘The Joy of Knowing Christ’ from 2 Timothy 3:10.

He always had the piece of paper inside his Bible and it was later transferred to his new Bible when the previous one got old.

For 15 years, the paper, a sign of how dearly he held the contents to his heart, would remain by his side until he was called to the Lord.

This bears testimony to the endurance, resilience and stubbornness of his soul, ordered and guided by conviction to his religious beliefs.

It explains why religion was at the centre of his daily activities and conversations, even with the youngest of his great-grandchildren.

A memorial service in honour of Mzee Moi was held today (Tuesday) at the Nyayo National Stadium and was attended by various Heads of State including Paul Kagame (Rwanda), Salva Kiir (South Sudan) and Yoweri Museveni (Uganda).

The late Mzee Moi will be laid to rest at his Kabarak home on Wednesday.