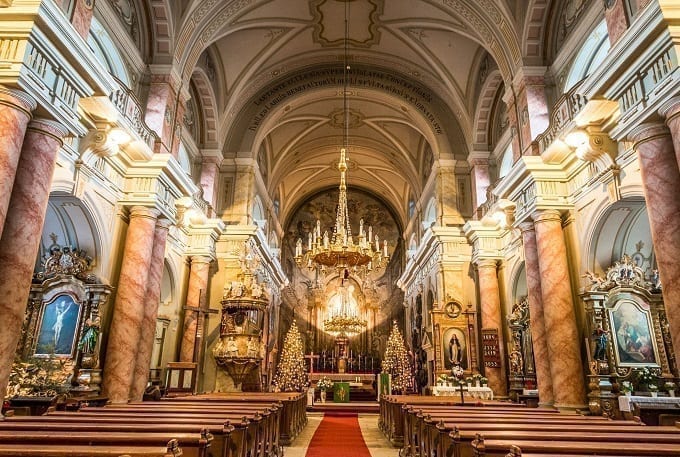 Every Christian Should Read!

The Bishop of Victory Centers, Kenya, Phillip Karanja, got ready for church service as usual. He had his morning home prayer and preparation for the gathering at one of the many victory worship centers in Kenya of which he is the head overseer.

The church leadership arrives 2 hours earlier than the parishioners to make sure the place is ready for worship and to hold bible study and prayer before the church service. By the time the bishop got to the church facility near Donholm Estate, the church choir had set out the musical equipment and were praying and doing the final practice for another wonderful praise and worship service at the church.

When they were done preparing and waiting for the hundreds of worshippers to start streaming into the church, the local chief showed up with his people. He entered the building and ordered the choir and the leadership to pack their equipment and lock down the church.

The bishop who was going through his sermon in the vestry was called out by one of the leaders, “the chief is in the building and has ordered us to shut down the church.” According to Bishop Karanja, “The chief said he is not leaving until we have disbanded and locked the church.”

They argued that someone had to stay behind and inform the parishioners that the government has ordered the church to be locked up. But the chief, in a crude Kenyan manner, said he does not care, his orders are to shut down the church. The Bishop, who is a well educated theologian and spirit filled former Diaspora followed the government orders and went home.

There is raising concern that the government’s order to lock down churches is irrational and its implementation disorganized. That of course is an under statement. Who expects the Kenyan government to do anything in an orderly manner: Chaos reigns.

Take the argument from the perspective of the villager in Khumusalaba junction on the road from Kisumu to Kakamega. The people there have never been to China. Many of them have never been to Nairobi, leave alone JKIA. They do not have anybody who had any contact with someone from Ohio, Britain, or Italy that has Corona Virus.

They just live around this beautiful peaceful place. Where in the world did they get Corona from to be told not to go to Church? The villager is asking these questions to a government that is in Nairobi making national decisions on their right to worship. To make the matters worse, they were not told A, B, to Z. Those making decision don’t even know where Khumusalaba is!

It is true the reason why Kenya has Corona Virus is because, within its myopic colonial mentality, the government allowed people to enter the country knowing that they were coming from places where there is corona virus.

They were not even screening them! In fact, like China, the government tried to silence its workers with the CS for transportation, Macharia, arguing that the individual who alerted Kenyans to the China corona virus invasion had broken the law and they were going to jail him! What difference is this with the Chinese government that censored doctors who were trying to raise the issue with an intention of saving lives? The Chinese took out the doctor, didn’t they? If the government had not been so myopic, Corona would not be an issue in Kenya. But now that it is in Kenya, churches are being closed!

The issue of church and state is an established manual within the bible. Our Lord Jesus Christ, though He was God did not use his divine power to rescue himself from the corruption of those who took him to Pontius Pilate who was the fifth governor of the Roman province of Judea. He served under Emperor Tiberius from 26/27 to 36/37 AD.

Christ submitted unto death to the governmental authorities knowing that he was falsely accused. The book of Romans is crystal clear that God has ordained governments to oversee matters of His earth (Romans 13:1ff)

He ordains leaders as His supervisors for His purposes. Therefore, there is no argument against the biblical right of the State to oversee all institutions. The question that must be asked is, “How does the state implement its mandate within religious freedom?” And what is the role of the church in circumstances that are totally irrational and totalitarian?

Humanity is wondering how it is to behave in a time when States are actuating their might to all those who dwell on earth. The Bible is not silent on this issue and it directs us to understanding, even unto the prophetic Word in the book of Revelation. To be continued tomorrow.

These series will go for the next few days on the platform of this news outlet. Don’t miss this dairy rational, theological, biblical, and psychological analysis of the State’s power to close down churches written by Dr. Teddy Kamau.

Teddy Njoroge Kamau (PhD) is a philosopher and theologian. He is senior columnist for diaspora messenger.com. He holds several degrees and Doctorates in Philosophy, Theology and is currently a candidate for a Doctor of Philosophy in Psychology.

You can reach him at [email protected]

ICC moves witnesses to Europe ahead of Hague trial

Video-What American teachers deal with in a classroom