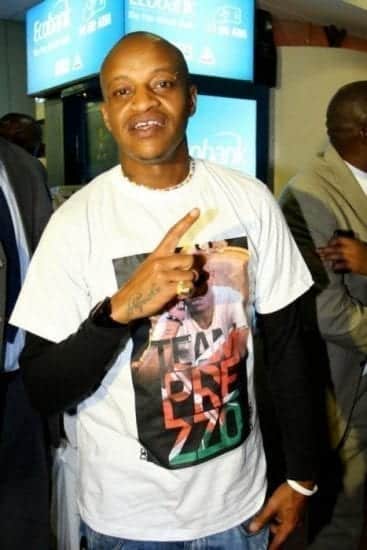 Veteran Kenyan rapper Jackson Makini alias Prezzo has weighed in on the coronavirus pandemic ravaging the globe. According to the rapper, God is punishing the world.

The former Big Brother Africa finalist claimed that God is angry because the world has ignored his commandments.

Prezzo Reveals How Separating From Ex-wife Drove Him To…

“It’s never too late because our God is a living & forgiving God. Let’s do right by him. Have mercy on us & forgive us through it all,” he added.

Outspoken and flamboyant, the 40-year-old reality TV actor who starred in Nairobi Diaries made headlines in 2019 after he threw his hat into the ring for the Kibra parliamentary seat and announced that he will vie on a Wiper Party ticket in 2022.

“I am doing this through pure passion to serve. I have always wanted to see everyone live a decent life in which all the basic necessities are served without favour and prejudice.

“I believe the people of Kibra deserve the best life, the best there can be just like anyone else does. That is why I have given myself to serve Kibra,” he told Pulse.

Months later he was forced to fight off claims that he was drugged and raped by three women.

Responding to the reports, Prezzo clarified that he was not hospitalized in Karen as alleged, and, termed the reports as political machinations following his declaration that he will vie for the parliamentary seat.

“Those are mere rumours. I would not be surprised if they came from one of the people who have seen all the good things going on in my life. I am fine and in perfect health, just going about my businesses as usual,” he told eDaily.

He added on Instagram: “When you stay away from people, they find all sorts of negative stories to tell about you. I am focused on my political ambitions… I’m a hundred and ten per cent determined to serve Kenyans in 2022.”

Doctor on the run after overdosing women for sex