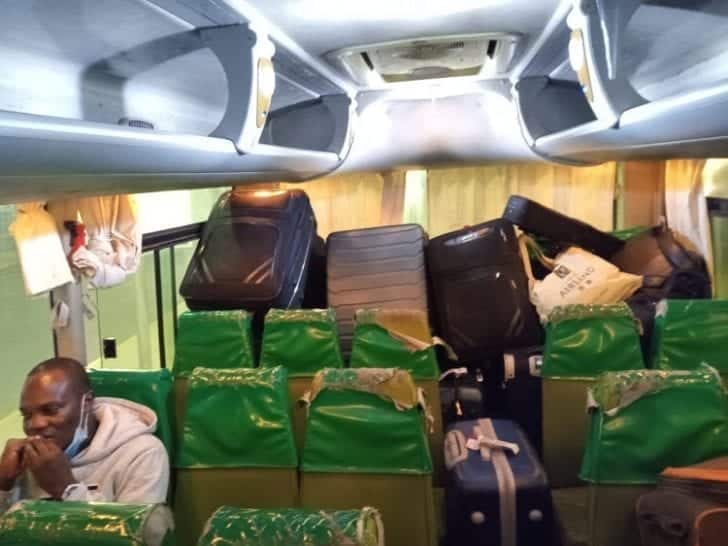 Quarantined persons with chronic illnesses have complained they were unable to access medical help since they returned to the country.

Compulsory quarantine for 14 days is a directive by Health CS Mutahi Kagwe to prevent the spread of Covid-19.

“I returned to the country on Monday after spine surgery in India. I have been sleeping at Pride Inn conference room on the first floor for the last two days,” Francis Thuo said.

Thuo, 71, is among Kenyans who had travelled out of the country for treatment.

“We were dumped here on Monday and have not showered or eaten since our relatives are not allowed to bring food to the hotel,” he said.

Bed bugs found on one of the mattress./COURTESY

Thuo’s family lives in Nakuru. He said police and the hotel management blocked the family from bringing medicine and food.

“I have not eaten or showered since Monday and I’m in pain. I don’t want to die here, please take me to hospital,” Thuo said.

Thuo is also among hundreds of people who cannot afford accommodation in government preferred facilities for quarantine.

Businessman Eric Mwangi said they had to move out of Kenya Medical Training College in Nairobi after they were forced to share hostels, bathrooms and washrooms.

“I came from Juba, which I consider a low-risk area. It is sad that I was put in the same room and vehicle with people from high-risk areas,” he said.

Another Kenyan, who did not want to be named, claimed they can’t sleep at KMTC because of the bedbugs.

Japheth Kilonzo, who travelled from Dubai to Kenya and is asthmatic, said the state denied him food, accommodation and medication.

“I was born asthmatic. I have high blood pressure and this has left me with a severe headache, hungry and exhausted,” Kilonzo told the Star at Pride Inn hotel.

He was among a group of travellers who arrived on Monday at JKIA at 11 am, taken to Boma Hotel in South C at 3 pm before being bundled into the National Youth Service bus to Pride Inn Hotel.

“The police or government and the hotel demanded that we pay Sh9,000 for accommodation for 14 days. I am broke and can’t afford,” he said.

Head of communications at KMTC Marcellah Onsomu on Wednesday said they are not allowed to give any updates on the quarantine services.

“The matter of selecting the centres is a decision made by the government and it is being handled by a multi-sectoral team led by CS (Mutahi) Kagwe. He will update the media on the same,” she told the Star.

Kagwe said the situation was occasioned by the huge numbers of passengers streaming in.

“Please bear with us for the inconveniences caused. It is only that we need to do this as we are not leaving anything to chance,” Kagwe said.

Diaspora Stories: Living in the US, Keeping Beef Cattle in Kenya

VIDEO:Makau Mutua on the spot over remark on Uhuru’s election