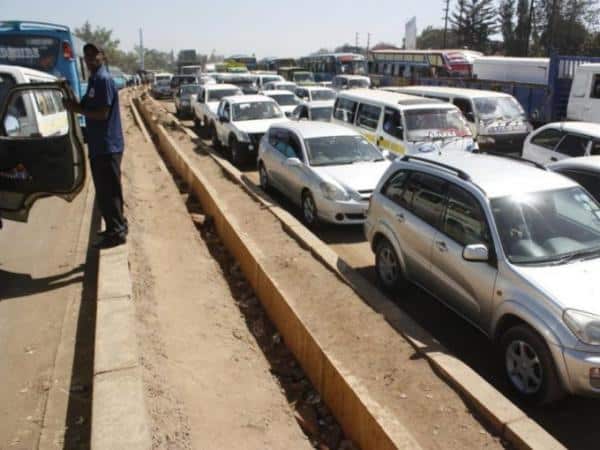 On Thursday afternoon, March 5, a matatu driver was caught on camera speeding off with a traffic police officer dangling on the door along the Eldoret-Malaba Road.

The incident occurred after the officer pulled over the matatu under the 2NK Sacco and the two got into a heated argument.

“I was travelling from Eldoret to Lumakanda when the driver asked the conductor for Ksh50. The conductor said he did not have the amount he was being asked for.

“The traffic officer asked the front seat passenger to alight and asked to speak to the driver. The two did not agree and the driver started driving,” a passenger in the vehicle told kenyans.co.ke. 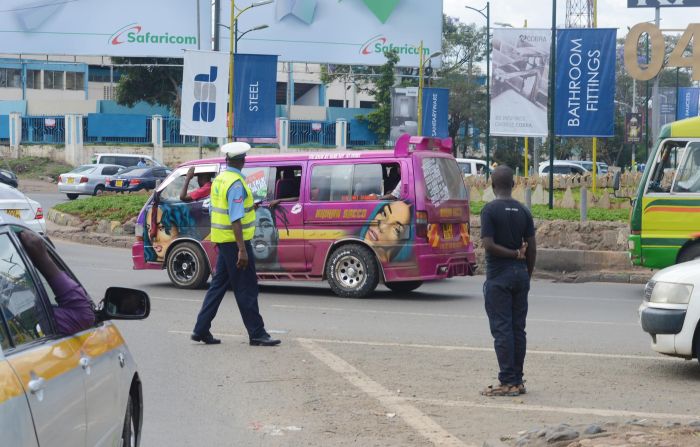 Moments later, the driver decides to step on the accelerator as the policeman holds on to the open driver-side door to prevent himself from being injured.

Kenya Police Officer Kicked out by Wife over Coronavirus…

Passengers shout down the driver who stops the vehicle a couple of times with the officer still maintiang his precarious grip on the door until the drama eventually comes to an end.

“The driver recklessly drove off. He stopped like thrice for the cop to alight,” the passenger narrated.

Meanwhile, in an undated video that has been making rounds on social media, a traffic police officer was caught on camera undressing a driver in an attempt to arrest him.

In the video, the driver is seen trying to use the passenger’s door to evade arrest while the officer pulls him back by his trousers.

The struggle between the two resulted in the driver’s pants being pulled down.

Embarrassed by the happenings, the driver hit the officer’s hand which forced him to release him.

Below are the two videos;

PHOTOS: Drama As Moses Wetangula’s Convoy Is Teargassed in Bungoma

Word of the Day:Work out your Salvation