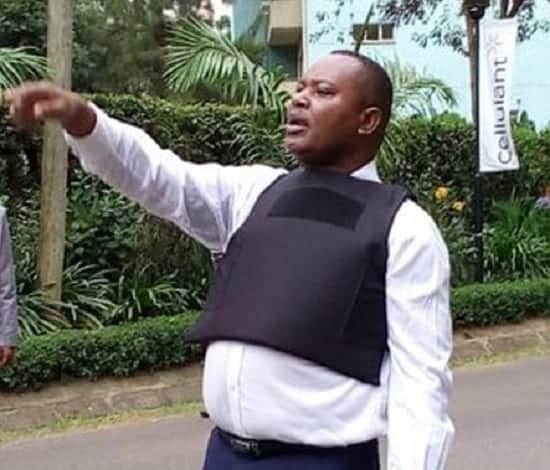 The Directorate of Criminal Investigations (DCI) boss George Kinoti is set to join the elite National Executive Institute (NEI) of the Federal Bureau of Investigations (FBI) after training at the bureau.

DCI Kinoti, who is currently in the United States attending the training — widely recognized as one of the world’s premier law enforcement leadership training programs — at the FBI Academy in Virginia US, is the only senior officer from Africa selected to attend the training.

Kinoti will now join the NEI Associates (NEIA) comprising over 1000 top officials, all graduates of the Institute, from all over the world.

His tenure at the helm of the DCI has, however, earned him both friend and foe and recently has been under scathing attack, especially by the Deputy President William Ruto and his close allies who accuse him of being used to settle political scores.

Kinoti has, however, dismissed the reports claiming that they operate within the law.

Among those nominated to attend the three weeks training is Sheriff Mark D. Napier the US’ Pima County police boss.

The NEI, established in 1976, is the FBI’s premier training initiative that leadership development to heads of the largest law enforcement agencies in the US and internationally.

Each year, the NEIA conducts a training conference where current research is reported and future research planned.

The focus of the three-week training is a strategic leadership development and current affairs.

One of the most valuable aspects of the training is the range of diversity of the executives, who bring immensely different levels of experience to the table.

To participate in NEI, attendees have to be nominated, head departments with roughly 500 sworn officers and serve a population of at least 250,000.

It is a conduit for building domestic, international, governmental and private sector relationships.

Upon graduation, they are eligible to join the NEIA.

It was established in response to the Major Cities Chiefs’ Association’s (MCCA’s) request for a program designed specifically for the Nation’s highest-ranking law enforcement executives.

It then opened its classes to international students and since then, 39 classes have graduated from Institute.

The nomination is a tribute to those officers who have made great sacrifices for the honour of their profession and also to the thousands of law enforcement officers who have died in defense of law, order, and justice.

The Institute’s motto is “non sibi, sed patriae” which loosely translates into “not for oneself, but for one’s country.”