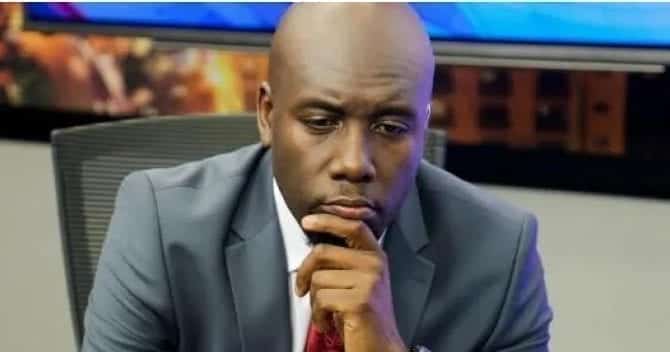 One of the many risks that come with being an investigative journalist, is having to put your life on the line to inform members of the public and more often than not, expose the rot in society.

However, while the ordinary person or newsmakers might label them investigative features, or exposés, NTV’s Dennis Okari believes it is just what journalists should do.

“Just go beyond the headlines and sensationalism. Go dig out a story, come out with facts and tell the truth,” he states. 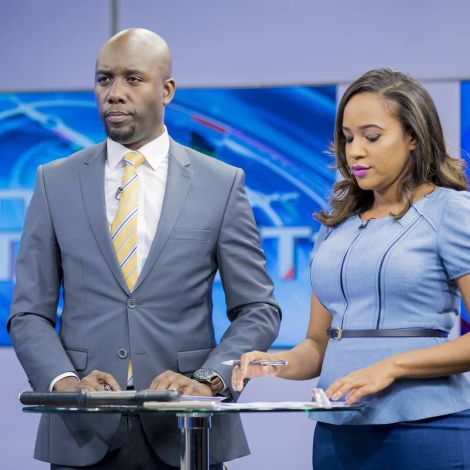 In a quickfire interview with the station on Friday, March 20, 2020, the renowned investigative journalist recounted escaping a bomb attack while he was on assignment in Jubbaland, Somalia.

Okari narrated that he was in Somalia, to interview Jubbaland President, Ahmed Mohammed Islam Madobe.

On the d day, he and his camera guy were escorted by military officers from the camp where they had spent the night to the State House. However, when they were just about to leave, Okari sensed something was off.

“The routine was before leaving the camp you had to sign some documents, so my camera guy Eric signed the documents. When we were about to leave I saw the soldiers talking and I could tell there was something wrong but they were not telling us,” Okari narrated.

They were travelling in an armoured car that was sandwiched between two in the front and others in the rear. Okari stated that the logic behind the formation was to shield them from an Improvised Explosive Device (IED) attack.

The whole idea was if they entered an area where a bomb had been planted, the first and second cars would take the hit first.

“On the way, one of them whispered to me and said, there is something we found, but we will show you after you are done with the interview,

“I was so nervous, I didn’t like the whole idea of this. Just tell me,” Okari recounted.

The entire time he was interviewing President Madobe, Okari revealed that his mind was not even paying attention to what he was asking the Jubbaland head of state.

In his mind, he could not help but think what is it that was going on that he was not being told.

“For me I knew the soldiers are trained to behave in a certain way, to remain calm but I could tell there was something wrong,” Okari narrated.

“When we were finished with the interview, they took us to an open field and they showed us a bomb they had found on the road, and so I asked them why and how this was connected to me,” Okari recounted.

That is when the soldiers informed him that the previous day, while he was afforded a few minutes to snap some pictures on the road, Al Shabaab militants had got word that journalists were around. Or at least, someone informed them.

And obviously, because they would use the same severally while they were there, the militia may have come early in the morning that day and planted the explosive device along the road.

“What the military did, was they were trying to go through the road we would use and that is when they found the IED,” Okari recalled.

“You could see how it had ripped the when the military detonated it, and then one of them told me, ‘this could have been you’,” he narrated.

Okari stated that while he did not rank the experience as one of the scariest he has been through, he did admit that after seeing the bomb, and understanding it had been planted to specifically target them, it was then that the reality sank in.