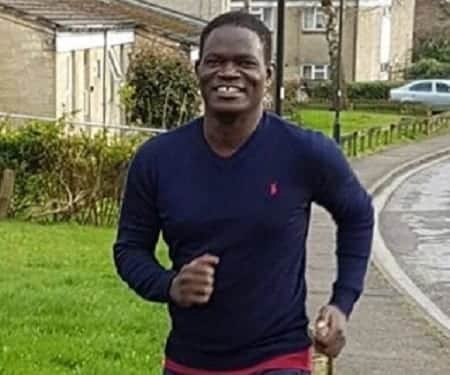 Help needed for Repatriating Remains of Seth Aloo to Kenya: On 8 March 2020 the Police in Bath, UK responded to a call from the public that a man had been seen slipping in River Avon in Bath. Those who witnessed the incident on realising that the man did not resurface, called the police who responded swiftly in less than 10 minutes to his life. An intensive search was launched by police divers. From the personal items found on site, the Police were able to identify the victim as Mr. Seth Odongo Aloo.

The search would, however, go on for a couple of weeks until the Police called it off. Fortunately, on 27 March 2020 Seth’s body was found floating on the river and subsequently recovered by the Police. The police are carrying investigations assisted by the Coroners in Bath, a process that they estimate will last up to about 4 weeks, before they release the body to the family.

Seth, a hard-working 40-year-old Kenyan was the sole breadwinner to his young family. Before his abrupt demise, Seth had planned to travel to Kenya on 19th April 2020. As fate would have it, that will now be an unfulfilled dream.

The family of Seth is raising funds to bring his remains back home to Kenya in order to be buried at his parents’ home in Nyakach, Kisumu County.

We are asking all friends, colleagues, and acquaintances of Seth to please join the family in raising the required £5,000 to repatriate the remains of Seth back to Kenya and give him a dignified in send-off in accordance with Luo culture and customs.
Click below to help:
https://www.gofundme.com/f/repatriating-remains-of-seth-aloo-to-kenya