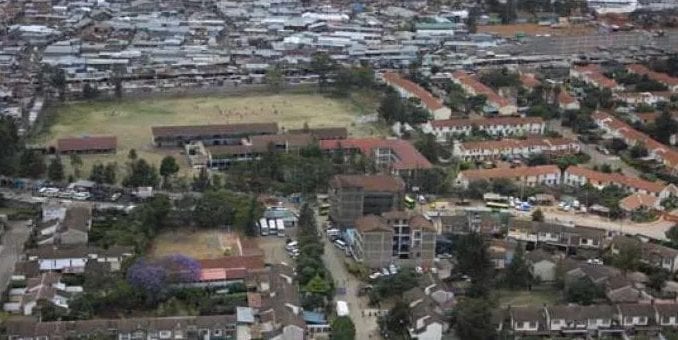 UPDATE 4:23: Health CS Mutahi Kagwe on Saturday, April 18, insisted that there is no Nairobi estate that had not been affected by the covid-19 virus.

Mutahi stated that he would mention examples of the estates just to bring the matter closer home to those who resided in the areas.

“Let me emphasize that there is no estate now that does not have an individual who may well be positive.

Though he did not mention the number of cases in other estates, he mentioned that Buruburu, Tassia, Parklands, Donholm, Hurlingum and Madaraka had all recorded covid-19 positive cases. 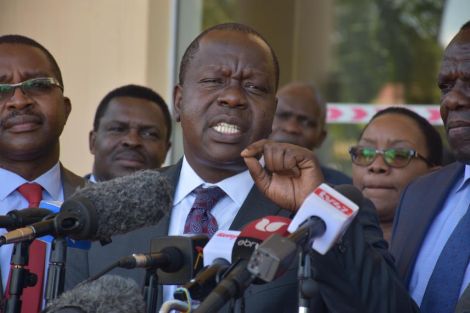 Interior CS Fred Matiang’i addressing the press after a meeting with Governors on Thursday, February 20, 2020.
TWITTER

Matiang’i, during a press briefing from his office on Friday, April 17, stated that residents in the estates were not following guidelines issued by the government.

He specifically pointed out that residents in the area were operating illegal drinking dens during curfew hours.

The CS affirmed that the government would ramp up enforcement measures without fear or favour to help curb the spread of the disease.

“Let me also say, especially in certain estates in Nairobi, from tonight, we are going to turn up the heat. Because from the reporting of positive cases today, you can tell the clustered estates which are giving us problems and estates which are likely to be hotspots shortly.

“All of them have got one characteristic: recklessness and disobedience to the guidelines that have been given by the Ministry of Health,” he added.

The CS was speaking at Harambee House after receiving a donation of 10,000 cotton face masks from the Kenya Association of Manufacturers (KAM) for use by officers of the National Police Service.

“I want to thank KAM; you have actually gone beyond everyone’s expectations. You have brought all of us together in what we are doing, and I want to assure you that we will remain faithful as worthwhile partners as we go along,” Matiang’i expressed.

On her part, KAM Chief Executive Officer, Phyllis Wakiaga, stated that the  donation is additional support to what the organization had already been doing to support the security sector in its
continued work in the fight against COVID-19.

“When the directive came on having masks as a mandatory measure to mitigate the spread of the disease, some of our members have actually already re-tooled and have started manufacturing the masks locally; and these are cloth masks that are reusable which have met the standard that has been prescribed by the Ministry
of health,” she stated.