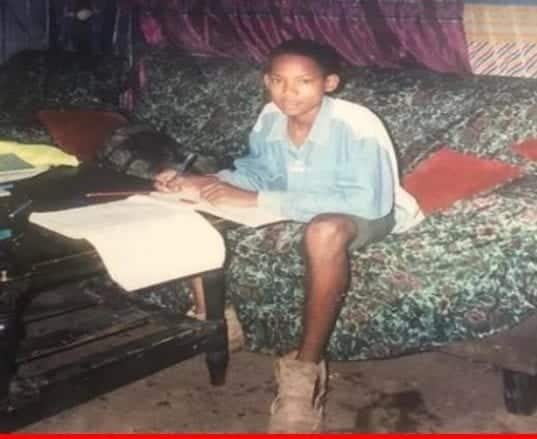 Embakasi East MP Babu Owino on Saturday opened up on his struggles during childhood saying he knew only education would give him a better life.

Speaking a day after he took KCSE candidates through a Mathematics revision class, the MP stated that there was a time his family would sleep on empty stomachs but he was determined to turn around their fortunes.

“I remember when we used to go without food but still had to soldier on and find my path in life. A path that was to make a difference to my mum and other family members.

“I had to burn the midnight oil to study at the same time sell chang’aa to raise my school fees,” he said.

Adding: “I knew very well that it’s only Education that could get me from the shackles of poverty and I decided to concentrate on it. Let’s invest in Education fellow parents, brothers and sisters. Never give up comrades God is in it.”

Although many praised Babu for taking his time to offer assistance to candidates, others said he should be behind bars for the shooting of DJ Evolve.

In a recent interview, Babu said he was in touch with Evolve’s family and had been paying his hospital bill.

“There’s no saint without a past. I cannot change my past but I can change my future.

“Every other thing that happened is between me and God and I chose to forgive myself,” he said.

Adding that on humanitarian grounds he agreed to pay Evolve’s hospital bill.

“He is a very good friend of mine…let no man judge me.”

In March, Justice Luka Kimaru ruled that Babu could not be forced to pay for DJ Evolve’s medical bill in criminal proceedings.

The judge however observed that Babu could continue paying for the DJ’s medical bills on moral grounds.

The MP had been freed on January 27 after pleading not guilty to charges of attempted murder and carrying a firearm while drunk and disorderly.