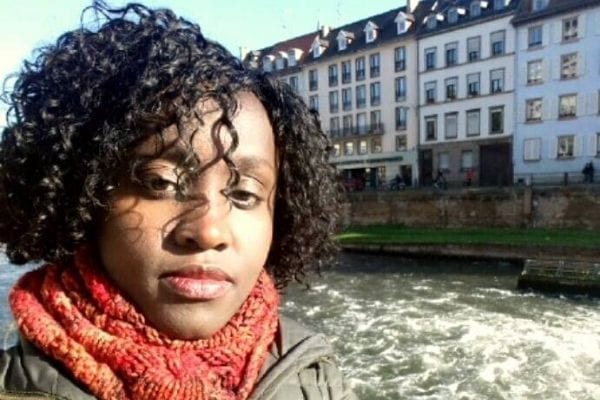 DW Africa has confirmed that the radio host and editor, Zipporah Njeri Nyambura, succumbed to cancer on Saturday, May 9.

“DW’s Africa Service is extremely sad to announce the passing of radio host and editor Zipporah Nyambura. Her sudden death leaves a huge void in the entire DW family. Zipporah died of cancer on Saturday, May 9, aged 40.

“Our deepest condolences to her husband, her 10-year-old son, and her family in Kenya. May her beautiful soul rest in eternal peace,” read the statement released by the broadcaster.

Another sports journalist who interacted with the deceased told Kenyans.co.ke that they had received the sad news on Sunday evening but stated that her demise was not related to a Covid-19 infection.

He further noted that her Kenyan family had not been furnished with the details of her status and were awaiting more information.

“She was working with Deutsche Welle in Germany after she left KBC. What we know is that her death was not related to Covid-19. We have not been given the details.

“The only thing I would say with certainty was that she was at KBC until 2009 before she relocated to Germany,” stated the source.

She was a renowned sports reporter and covered multiple championships including the World Cross Country Championships, All African Games in 2007 and the African Military Games in Nairobi.

During her tenure at KBC, she worked with revered sports journalists such as Torome Tirike.

Njeri is survived by her husband and a son who she lived with in Germany.

A memorial service is expected to be held in Germany on Monday, May 11, at 8 p.m. and will be livestreamed on DW TV‘s Facebook handle.

Njeri is an alumnus of the Gitwe Girls High School and the University of Nairobi.

May her soul rest in eternal peace.

Below is a video of Zipporah Njeri: