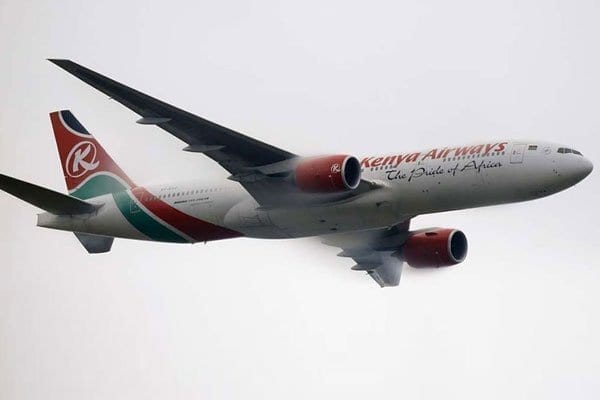 Kenyans who were caught up in Covid-19 lockdowns around the world have started arriving home.

Some 84 citizens landed at Jomo Kenyatta International Airport aboard a Kenya Airways plane from London, the United Kingdom, on Monday night.

The travellers, who had selected their quarantine centres before starting their journey, presented their coronavirus clearance certificates at the airport.

A source told the Nation the passengers were screened at the airport before being taken into quarantine.

Mr Ambrose Njeru, one of the passengers, said the travellers had sent their coronavirus results to a Kenya Airways doctor, who approved their request for travel.

When they arrived, he said, officials already had a list of the returnees.

Every passenger paid Sh53,544 for the journey.

“We were few in the plane. A passenger was required to occupy three seats,” Mr Njeru said.

“We wore masks throughout the journey. The process at JKIA was so smooth that we were on our way to quarantine by 11.30pm.”

More Kenyans are expected to land from China tomorrow or Friday.

The flight from Mumbai, India, is overbooked as Kenyans jostle to return home tomorrow.

Last week, the mission reached an agreement with Kenya Airways to fly home some 223 people caught up in India’s 21-day total lockdown, which has been extended to May 17.

In a notice, Mr Bett said the mission had been informed by Kenya Airways that some Kenyans who went to India for treatment and their caregivers may have missed seats on the flight.

About 300 people, including tourists, have booked to fly to Nairobi. “We are calling on any deserving caregiver or patient who might have missed out to send their names, passport numbers and locations to the mission immediately since they are a priority,” the ambassador told the Nation.

“I insist that this is neither an evacuation nor a repatriation. It is simply facilitation to help stranded Kenyans get home. That is why they are paying.”

India is a popular destination for Kenyans seeking treatment, but the lockdown saw many stranded and their flights cancelled. The programme has attracted other Kenyans — including those who had travelled as tourists, for business or to see relatives but got caught up in the lockdown.

This group booked early as patients and their caregivers raised ticket money.

“They already have money while patients were still pleading with families back home for help,” a stranded cancer patient, who did not wish to be named, said.

“If we have to offload people in favour of patients and caregivers, we will,” he said.

But he said patients who are still in their early stages of treatment should not fly back home.

Was Uhuru’s trip to China a coded message to the ‘cold’ West?