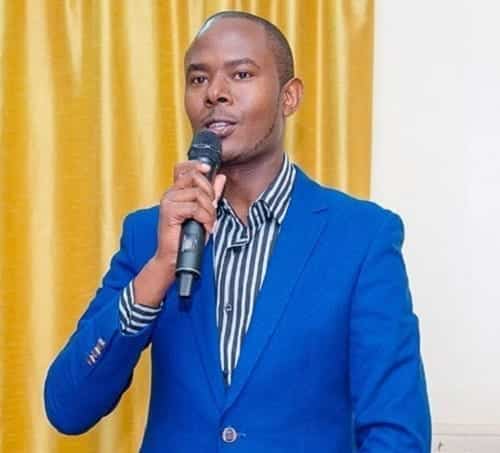 Social media has recently transformed the game of communication and networking in
the country. Kenyans from all walks of life have been using to communicate amongst
themselves and also with their elected leaders.

Social media in Kenya just in other parts of the world has been used as a tool for giving
voice to those excluded from access to the mainstream media.
“It’s our responsibility to sieve out all that is bad and keep the good rather than
abandoning all of it at once, being aware of the latent dangers of the social media”
Daniel Maithya urges.

We need to make responsible use of social media for better tolerance and
accommodation of divergent identities in our country.
Daniel Maithya says that we can make better use of social media to dissolve the walls of
hatred and construct national identity which is the first and the most important step for
nation building.

Unlike other mainstream media, social media is a two way communication and gives
voice to all, free from prejudice. That is why it is the first choice when it comes to
building up a nation.

Talking about democracy, nation building involves structuring national identity as well as
national development and the use of social media has helped in amplifying the effect of
both of them in Kenya.

The first political leader to build relationship with his supporters and gain their trust
through Social media was Barack Obama in the year 2008 during US presidential
elections. As a consequence of truly harnessing the power of social media, he not only
won the elections but the voters’ hearts.

Social media has continually eliminated the barriers between leaders and followers and
helped the leaders to connect directly to their people creating energy of involvement
and participation.

Twitter among other social media platforms has given platform to Kenyans concerned
about a common issue to come together, raise awareness and work towards eliminating
it.

Such productive discussions encourage people to accept others even though their
ideologies don’t match thus encouraging national unity, another vital component in
nation building.

Online media is also emerging as a tool to fight gender bias. Various online campaigns
and groups actively work towards eliminating gender discrimination so that women can
contribute equally in building the nation and human resource can be used to its full
potential.

New media has revived the spirit of nationalism by bringing the people of our country
together. It has become synonymous with cohesion, unity, affinity and connectivity.

About Daniel Maithya
Daniel Maithya is a Kenyan based Social Media Consultant, Influencer and 2019 Top 100
Most Influential Young Kenyans according to Avance Media.